In the turbulent years from 1912 to 1915, Marcel Duchamp, one of the most important artists of this century, worked with musical ideas. He composed two works of music and a conceptual piece -- a note suggesting a musical happening. Of the two compositions, one is for three voices and the other combines a piece for a mechanical instrument with a description of the compositional system.
Although Marcel Duchamp's musical oeuvre is sparse, these pieces represent a radical departure from anything done up until that time. Duchamp anticipated with his music something that then became apparent in the visual arts, especially in the Dada Movement: the arts are here for all to create, not just for skilled professionals. Duchamp's lack of musical training could have only enhanced his exploration in compositions. His pieces are completely independent of the prevailing musical scene around 1913. 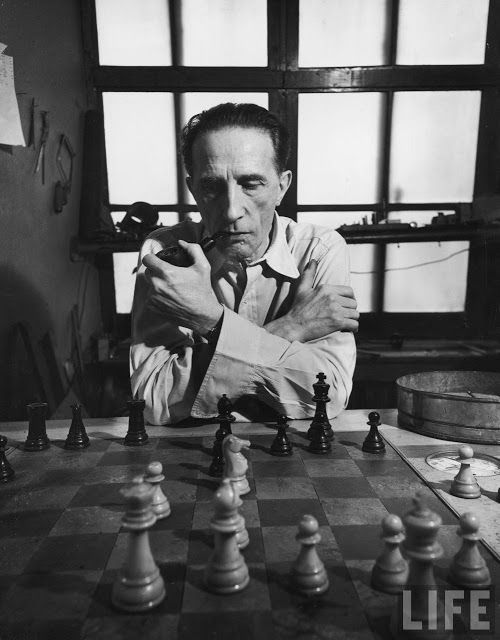 The pieces by Marcel Duchamp are all different. Two of them have been composed with chance operations, but in each case the method is different. The third piece is just a short note on a small, stray piece of paper. It is not possible to precisely date these pieces, but it is almost certain that they were all written in 1913.
Erratum Musical is written for three voices, included in the Green Box, which Duchamp published in 1934. It is undated, but has always been ascribed as having been written in Rouen in 1913. It was probably written during one of Duchamp's visits to his family, as his parents and sisters lived there. Duchamp wrote the piece for his two sisters and himself--each part is inscribed with a name: Yvonne, Magdelaine, Marcel. The three voices are written out separately, and there is no indication by the author, whether they should be performed separately or together as a trio.
In composing this piece, Duchamp the made three sets of 25 cards, one for each voice, with a single note per card. Each set of cards was mixed in a hat; he then drew out the cards from the hat one at a time and wrote down the series of notes indicated by the order in which they were drawn.
The second piece, La Mariée mise à nu par ses célibataires même. Erratum Musical (The Bride Stripped Bare by Her Bachelors Even. Erratum Musical) belongs to the series of notes and projects that Duchamp started to collect in 1912 and which led to the Large Glass. It was neither published nor exhibited during Duchamp's life. There are many notes and projects, each dealing with a different task. They are difficult material to work with, as there are no comments or explanations by Duchamp to assist with interpretation. Like many of them The Bride Stripped Bare by Her Bachelors Even. Erratum Musicalis unfinished and leaves many questions unanswered. Even so, it provides enough information for a successful realization.
There are two parts to the manuscript. One part contains the piece for a mechanical instrument. The piece is unfinished and is written using numbers instead of notes, but Duchamp very clearly explains the meaning of those numbers, which makes it very easy to transcribe them into notes. He also indicates the instrument(s) on which it should be performed: "player piano, mechanical organs or other new instruments for which the virtuoso intermediary is suppressed." the second part contains a description of the compositional system. Duchamp's title for the system is: An apparatus automatically recording fragmented musical periods. 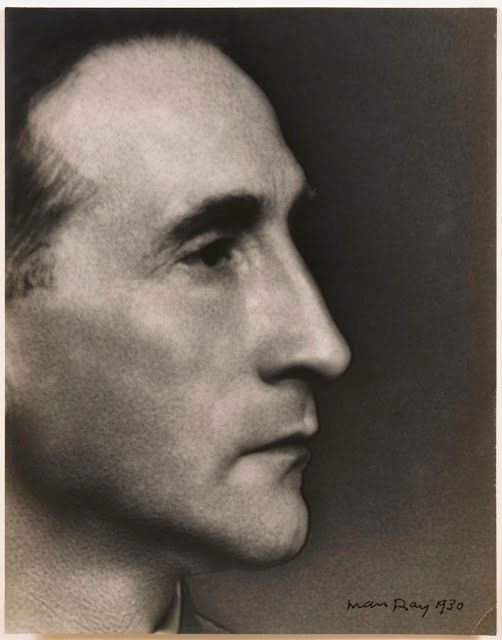 The apparatus composing the piece is comprised of three parts: a funnel, several open-end cars, and a set of numbered balls. Each number on a ball represents a note (pitch) -- Duchamp suggested 85 notes according to the standard range of a piano of that time; today, almost all pianos have 88 notes. The balls fall through the funnel into the cars passing underneath at various speeds. When the funnel is empty, a musical period is completed.
The third piece Sculpture Musicale (Musical Sculpture) is is note on a small piece of paper, which Duchamp also included in the Green Box. According to Arturo Schwarz, the piece was written sometime during 1912 - 1920 /21, although 1913 is the most probable year. The Musical Sculpture is similar to the Fluxus pieces of the early 1960s. These works combine objects with performance, audio with visual, known and unknown factors, and elements explained and unexplained. A realization of such a piece can result in an event / happening, rather than a performance. 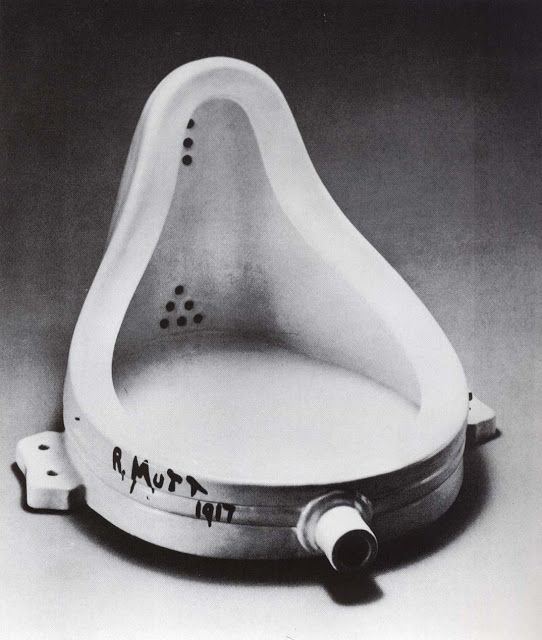 Of Duchamp's three works of music, only two can be performed using the existing manuscripts: the Erratum Musical for three voices and the Musical Sculpture. The Bride Stripped Bare by Her Bachelors Even. Erratum Musical requires completion. During March-October 1974 I made a complete realization of the work. 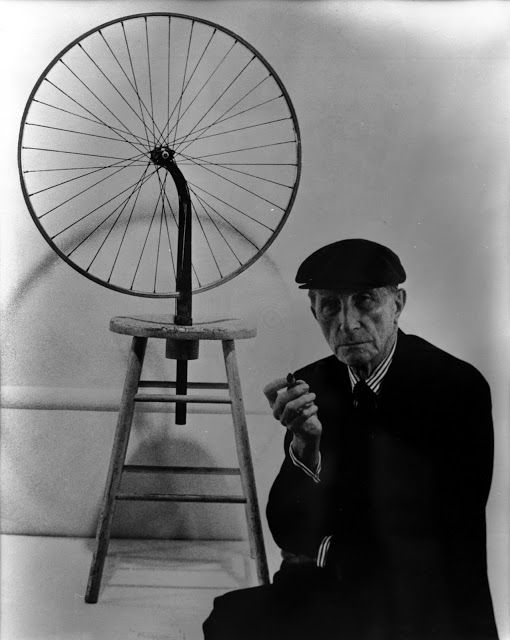 I transcribed the mechanical instrument piece into a notated score and realized it for a player piano. In 1976, a pianola music roll was produced at Q.R.S. Music Rolls in Buffalo, N.Y. This pianola roll can be used on any mechanical keyboard instrument (player piano, mechanical organ, etc.) which is made to the standard of the Chicago International Convention of 1912.
I have also followed the compositional system in realizing a score for a group of instruments by reconstructing "the apparatus"-- a funnel, seven cars, and six sets of balls. Duchamp wrote the piece in numbers, explaining their meaning and suggesting the instrumentation. The piece has eight divisions (I-VIII) which Duchamp calls periods -- "When the vase (funnel) is empty: the period of 85 notes (as many as) cars is inscribed..." Except periods No. I, V and VI all have 85 numbers (notes). Period No. 1 has not been recorded at all--the piece actually starts with period No. II. Periods No. V and VI have fewer than 85 notes (numbers): also the same numbers can be repeated in both wagons (No. V in J+K and No. VI in L+M).
Whatever explanation one would use for this occurrence is not important--it can only be a guess. Naturally, one has to respect the piece as written by its author. Besides the pianola piece, I used the compositional system to create an altogether new composition. I decided on an ensemble piece, using those instruments which were most easily available in the S.E.M. Ensemble at the time. I reconstructed the "apparatus"-- a funnel, seven open top cars, and several sets of balls. For the ensemble piece, I needed more than one set of balls. I used one set each for alto flute, trombone, glockenspiel and marimbaphone and two sets for celesta (two hands -- hence two sets). Each set had as many numbered balls as there were notes in the range of the particular instrument (each number representing one note -- from the lowest to the highest one).
Having a system that will produce all the notes of the piece and having the instrumentation, I had to decide how to place the notes in the score. It was clear that I had to find a formula for structuring the notes in the score rather than writing them down mechanically one after the other. Duchamp never mentioned anything about rhythm, and he did not use any rhythm in the two pieces he wrote out (the Erratum Musical and the instrument version of The Bride Stripped Bare by Her Bachelors Even. Erratum Musical). I came up with a method in which Duchamp's system actually generated the structuring of notes into the score. In other words, the system itself created the structure of special relationships between notes.
The placing of notes (numbers) in the score was determined by the way in which the balls came through the funnel and were taken out of the cars. The composition progressed from one step to the next, as each ball appeared, identified with a particular set (instrument). Each set of numbers was distinguished by a different color. For example: if I found 3 balls of the same set, the piece progressed three steps ahead. If I found 3 balls each from different sets, the notes (numbers) were written vertically, underneath one another, creating a chord.
The resulting score is ready to be performed, although markings for tempo, dynamics, etc. are missing. All these decisions can be made by the musicians themselves. How long to sustain each note, whether the piece should be performed "orderly" -- all parts to be coordinated vertically and horizontally -- or "freely" -- every performer performing independently, without respect to the other parts, all these aspects are determined by the performers.
In the process of composing the piece, I intentionally avoided implementing my own musical ideas. Indeed, it was a realization rather than a composition. The composition itself was determined by Duchamp in his description of the system and his examples of music scoring. One could say that such composition will result only in a formal, completely dry piece, not something one associates with a "creative work of art." this objection may be correct, but so what?
I have attempted to work as closely as possible to Duchamp's ideas and the spirit of his work during the period around 1913, as he remarked to James Johnson Sweeney in an interview in 1946: "that was the period when I changed completely from splashing paint on the canvas to an absolutely precise coordinate drawing, with no relation to arty handiwork... I wanted to go back to a completely dry drawing, a dry conception of art. I was beginning to appreciate the value of the exactness, of precision and the importance of chance. The result was that my work was no longer popular with amateurs…"
by Petr Kotik / source: http://preparedguitar.blogspot.de/2016/04/the-music-of-marcel-duchamp.html