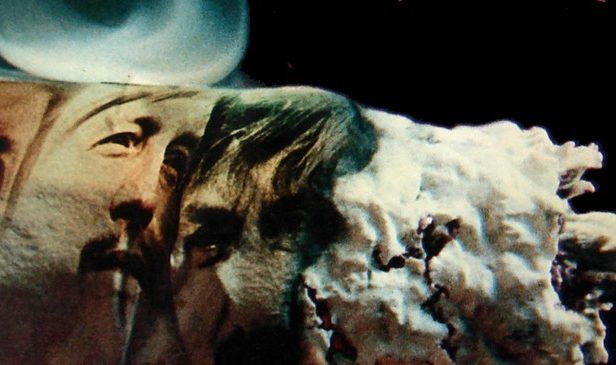 It’s odd that a now-accepted genre has been graced with such a one-dimensional name, especially given the depth and breadth of krautrock’s varied musical offerings.
Emerging from the West German cities of Munich, Hamburg and Cologne during the ‘golden’ post-psychedelic period from 1969-75, a succession of musicians, artists, collectives and groups created some of the most incredible, unearthly, free and genuinely experimental music of the past 50 years. In the grooves of Germany’s rock legacy rests a maze of near-buried LPs and thought-lost artefacts that make for a treasure-trove waiting to be discovered. Sure, a lot of records have already been mined, but as we all know, the slightest whisper of unreleased Can material can induce a feverish sweat in any discerning vinyl aficionado, while the mention of ‘vanity’ or ‘private’ press will have any self-respecting kraut enthusiast salivating like a hound dog.
My first encounter with krautrock came via the aforementioned Can, while sitting in a flat in Hackney preparing to go to see the Butthole Surfers. I was amongst older friends, listening to equally original and crazed music. I’d seen the sleeves before, but not dipped my musical toes in the water till then. I remember thinking, ‘What the hell is this?’ The seed was sown. I had to get these records and explore the genre. Suddenly, I started hearing familiar loops turning up in hip-hop and electro records, and in the tunes of forward-thinking musicians like Julian Cope and Steve Stapleton.
Over the years, it’s become clear that krautrock has indirectly influenced almost every form of music, whether it’s rock, techno or even grime. Right now it seems to be experiencing a real renaissance rather than faddish retro-fascination. Creating modern music imbued with the spirit of both krautrock’s inventiveness and free-thinking approach, bands like Sunburned Hand Of The Man, Circle, Residual Echoes and Sunn O))) are the current movement’s leading flag-bearers. Like their predecessors, they too exist outside of the ‘music industry’, resist classification, encourage spontaneity, embrace a bigger worldview musically, and thrive via a self-supporting DIY network.
Which all stretches back to the 20 records right here, as much a reflection of krautrock’s diversity as my own personal favourites. 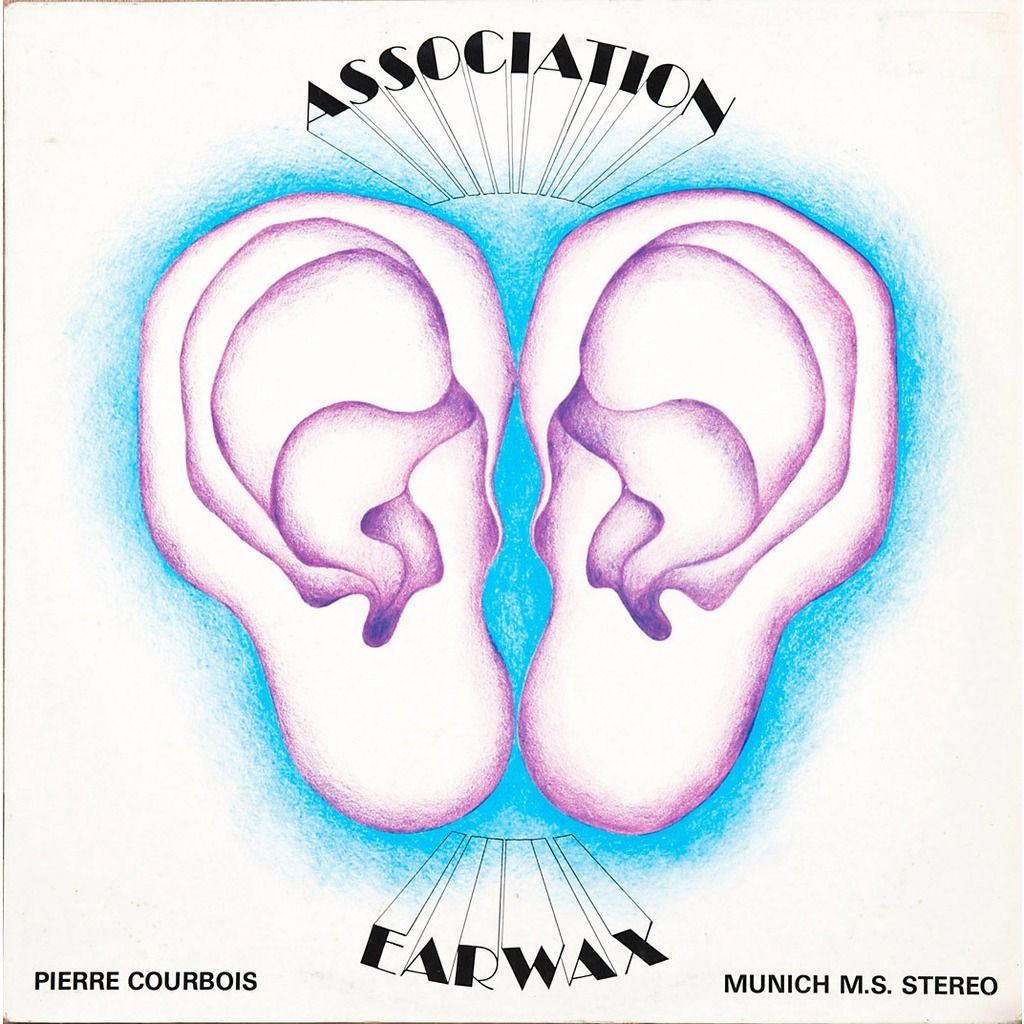 01. Earwax (Association, 1970)
[label: Munich]
A highly obscure LP, of which I have only ever seen two copies – including this one! This record is a heady brew of distorted guitars, avant-garde free jazz and off-kilter keys. Association’s guitarist, Toto Blanke, was of German origin, although the band was led by Dutch-born Pierre Courbois. Toto made several solo LPs, including Spiders Dance for the Vertigo label, which leads us to the first track of this LP, entitled ‘Spider’. 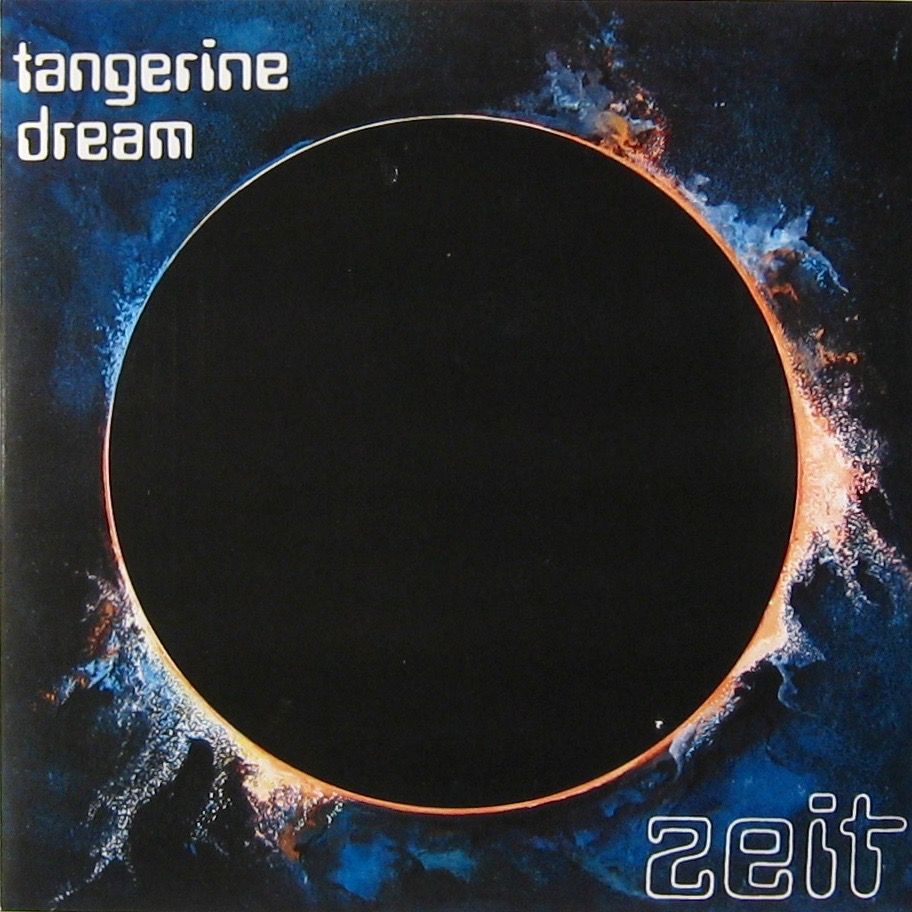 02. Zeit (Tangerine dreaM, 1972)
[label: Ohr, 1972]
When a good friend of mine made the transition from punk rock and skateboards to quiet, subdued conversations and sneaky, private ‘Tang’ sessions, I was worried. Years and years later, it finally made sense. Rather than wanting to kick down the doors like punk, Tangerine Dream simply sought to open them up. Zeit is an incredible LP. I challenge anyone not to be moved by ‘Nebulous Dawn’, with its crazed synths, guitar and cello. 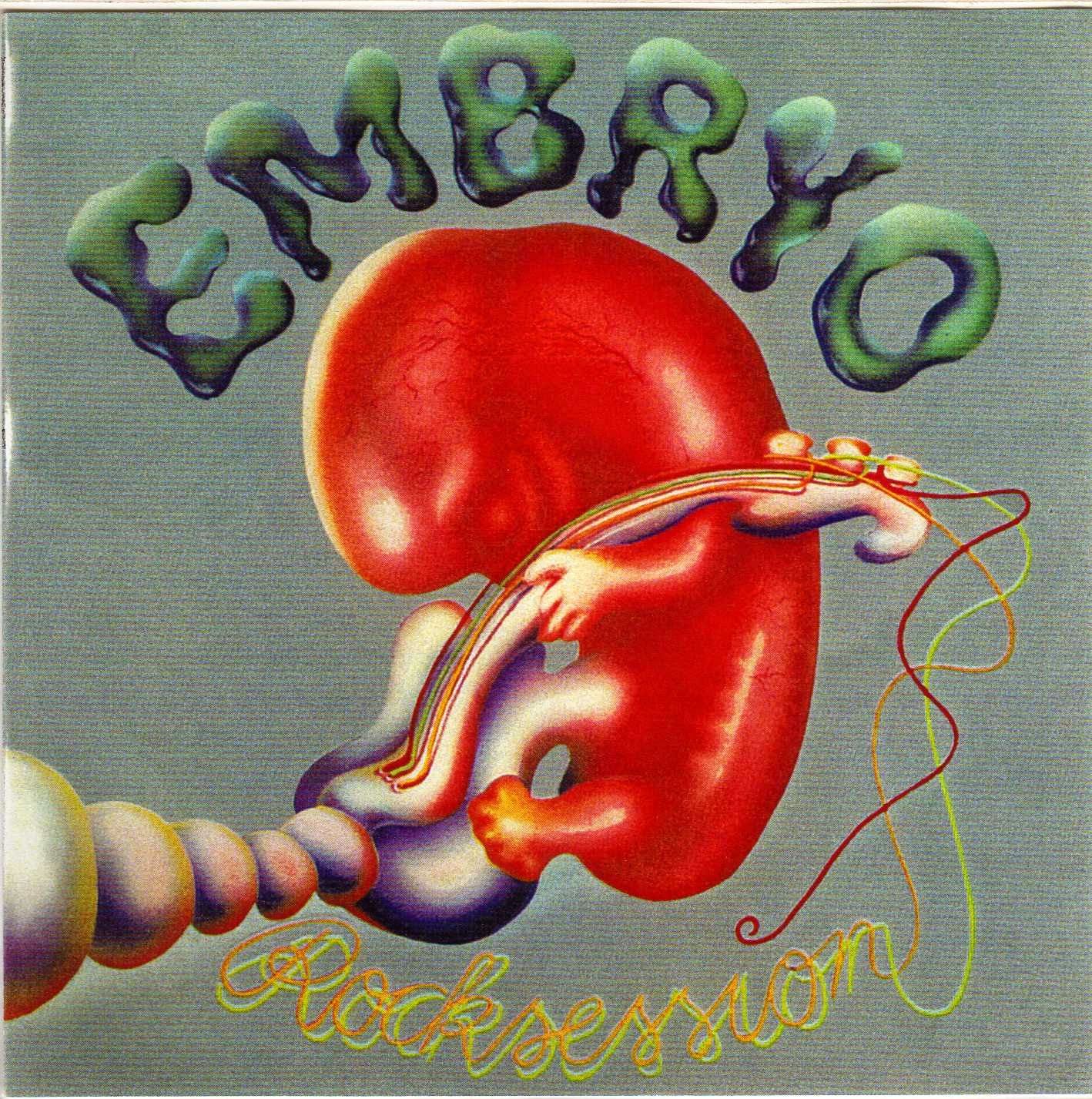 03. Rocksession (Embryo, 1972)
[Label: Brain, 1972]
Another of my all-time favourite kraut bands, Embryo celebrate everything that gets me excited about this music. ‘Rocksession’ is straight up, no messin’ space-rock. The album’s opening track, ‘A Place To Go’, morphs from brooding, sleepy animal into fanged monster as it pursues the listener with psychotic whispers and whipping fuzz solos. Resistance is futile. 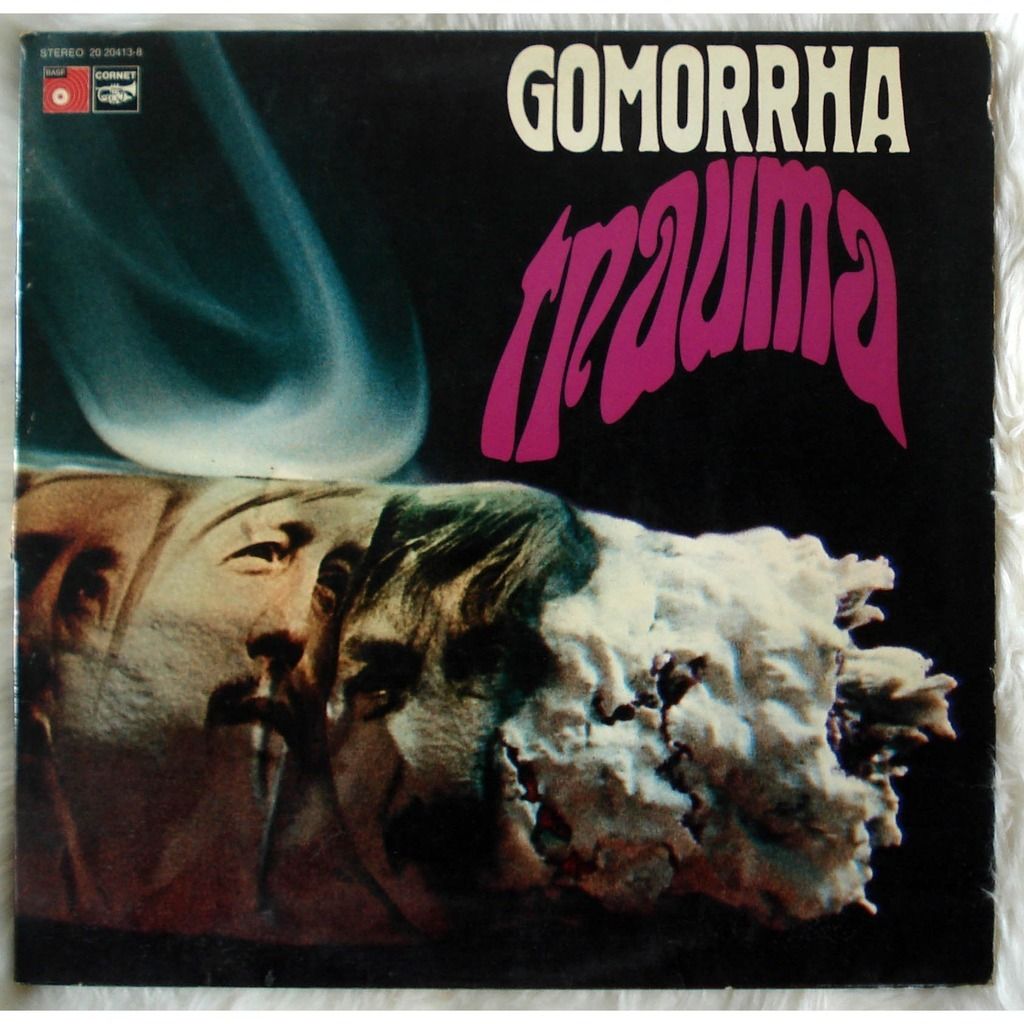 04. Trauma (Gomorrha, 1970)
[Label: BASF/Comet, 1970]
Originally recorded in 1969 for Gomorrha’s self-titled LP but re-recorded a year later with English vocals and released as ‘Trauma’, this was transformed from average pseudo-pyschedelia into heavy freak rock by legendary producer Conny Plank. Littered with spacey breakdowns, dissonant pauses and full-blooded production, you rarely see this masterpiece for sale. 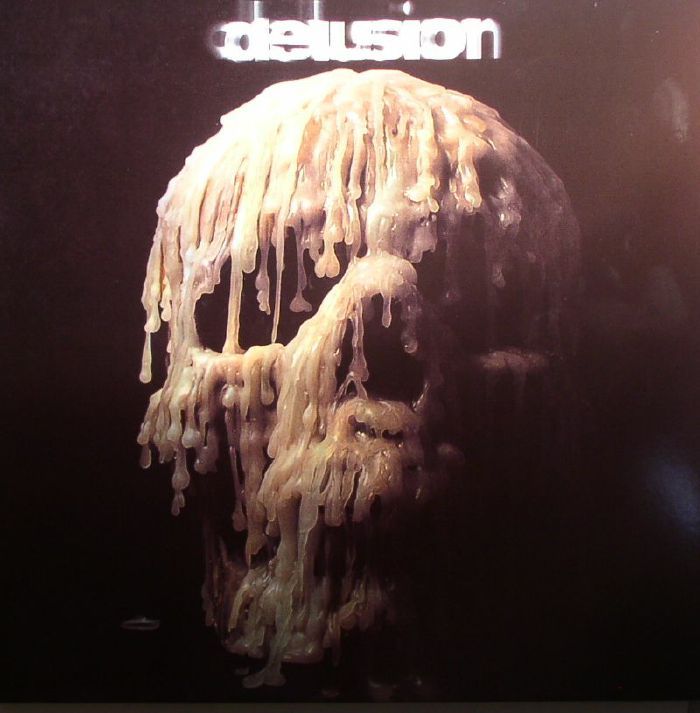 05. Delusion (McChurch Soundroom, 1971)
[Label: PILz, 1971]
Potent like a brew of Jagermeister with a double brandy chaser, this obscurity on the collectable Pilz label (home to Popol Vuh, Dies Irae, Wallenstein and more) is mean, dirty rock (just look at the cover!) which pile-drives with the velocity of the best of cult UK label Vertigo’s releases; except Black Sabbath, who will remain unsurpassed. 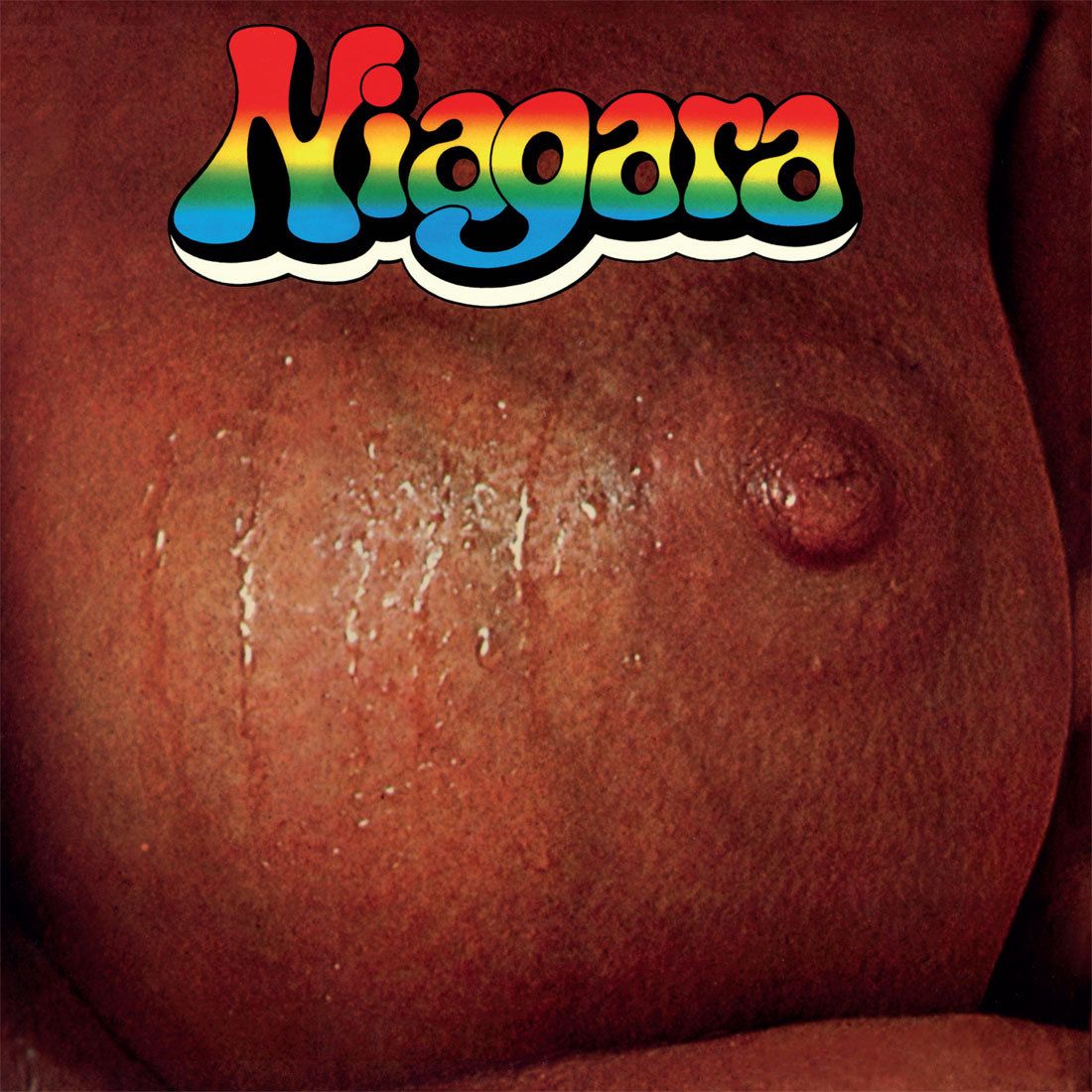 06. Niagara (Niagara,1971)
[Label: United Artists, 1971]
Ask any visiting American beat-freak b-boy or record fiend what his favourite or desired European drum break LP is, and I’m pretty sure this will soon slip into the conversation. The first of three albums whose pivotal role was to orbit as a conceptual drum orchestra led by Austrian drummer (and obscure library composer) Klaus Weiss, this wreaks havoc in petty bidding wars. 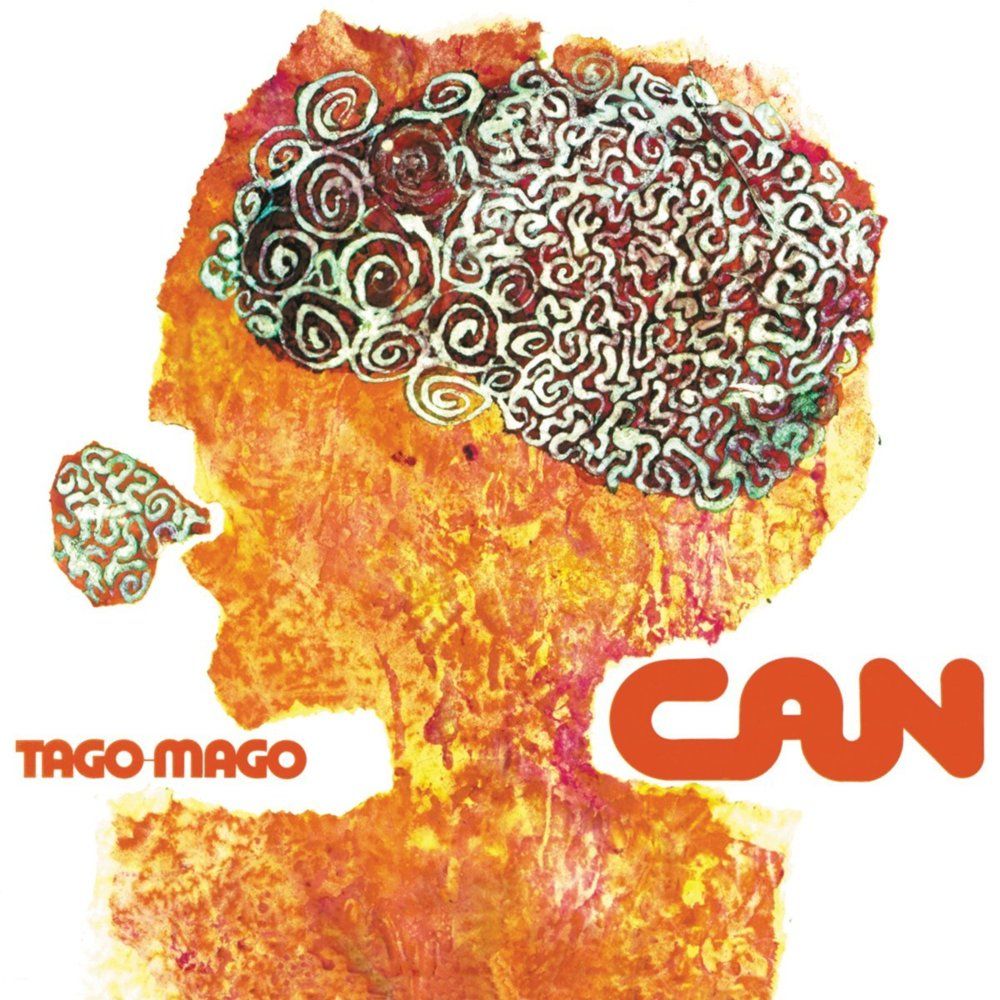 07. Tago Mago (Can, 1971)
[Label: United Artists, 1971]
Much like Faust, I hold this legendary band in high regard. If you’ve heard Tago Mago or any of Can’s back catalogue you will have to admit their influence. Whether intentionally or by default, Can leave a subconscious imprint. In the grooves of this platter is where the group really let loose with all manner of high octane visions, ranging from slow hypnotic dreamscaped flows (‘Paperhouse’) and intense, cascading rhythms (‘Oh Yeah’) to thunderous proto-hip-hop drum patterns (‘Halleluwah’). The defining moment, though, is ‘Aumgn’, which encapsulates space rock at its most cerebral and pure. The whole essence of Can was the interaction, not the posture, with the main objective being ‘Can’ as a living thing. 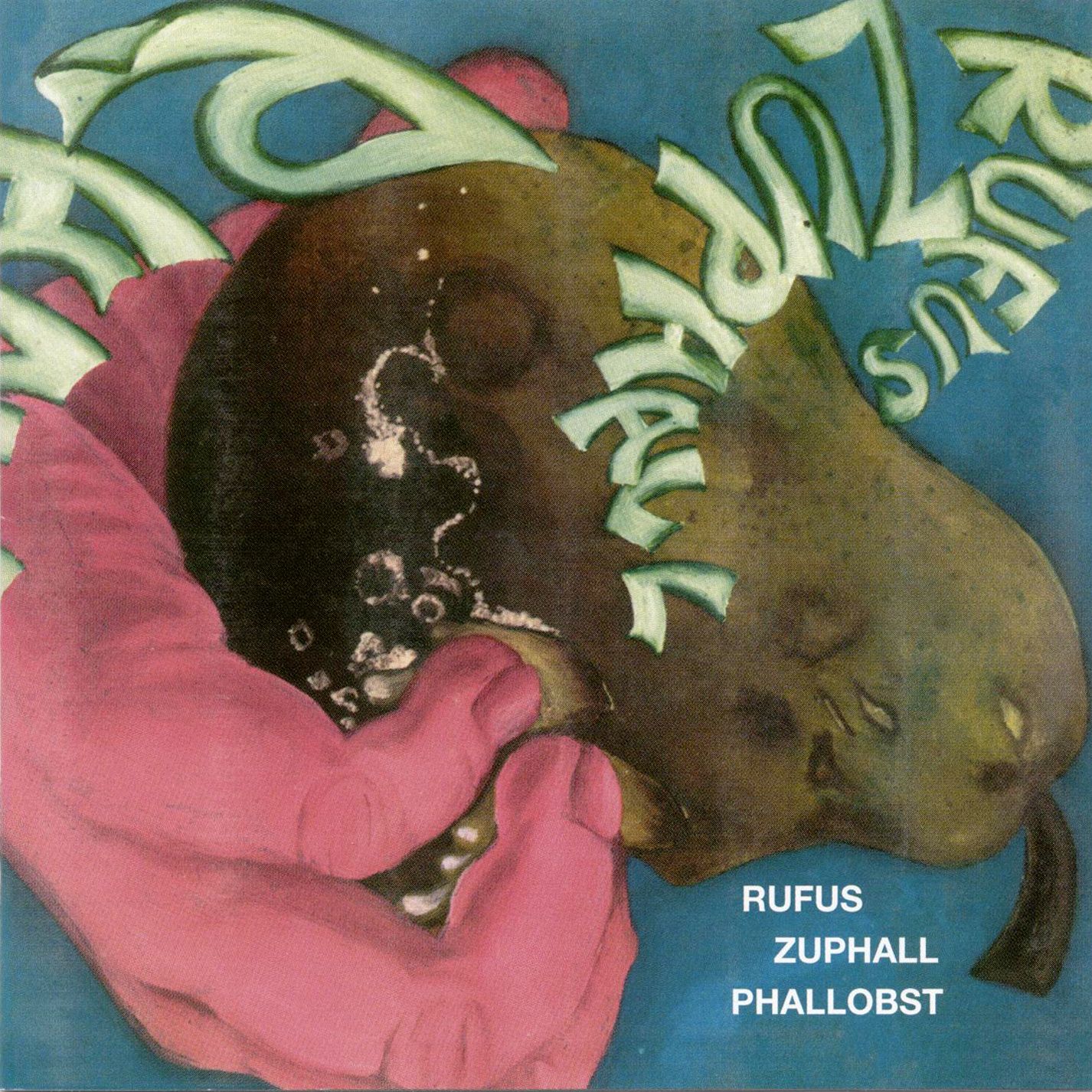 08. Phallobst (Rufus Zuphall, 1971)
[Label: PILz, 1971]
An obscure inclusion that appears purely for its musical diversity in relation to the other fruits krautrock bore. Phallbost is a construction of sustained mellotrons (a classic kraut musical weapon), riffing guitars, and distant, delayed flutes pinned down and fused with clavinet lines. Not super heavy rock by any means, but it’ll get your head and feet nodding and tapping respectively. 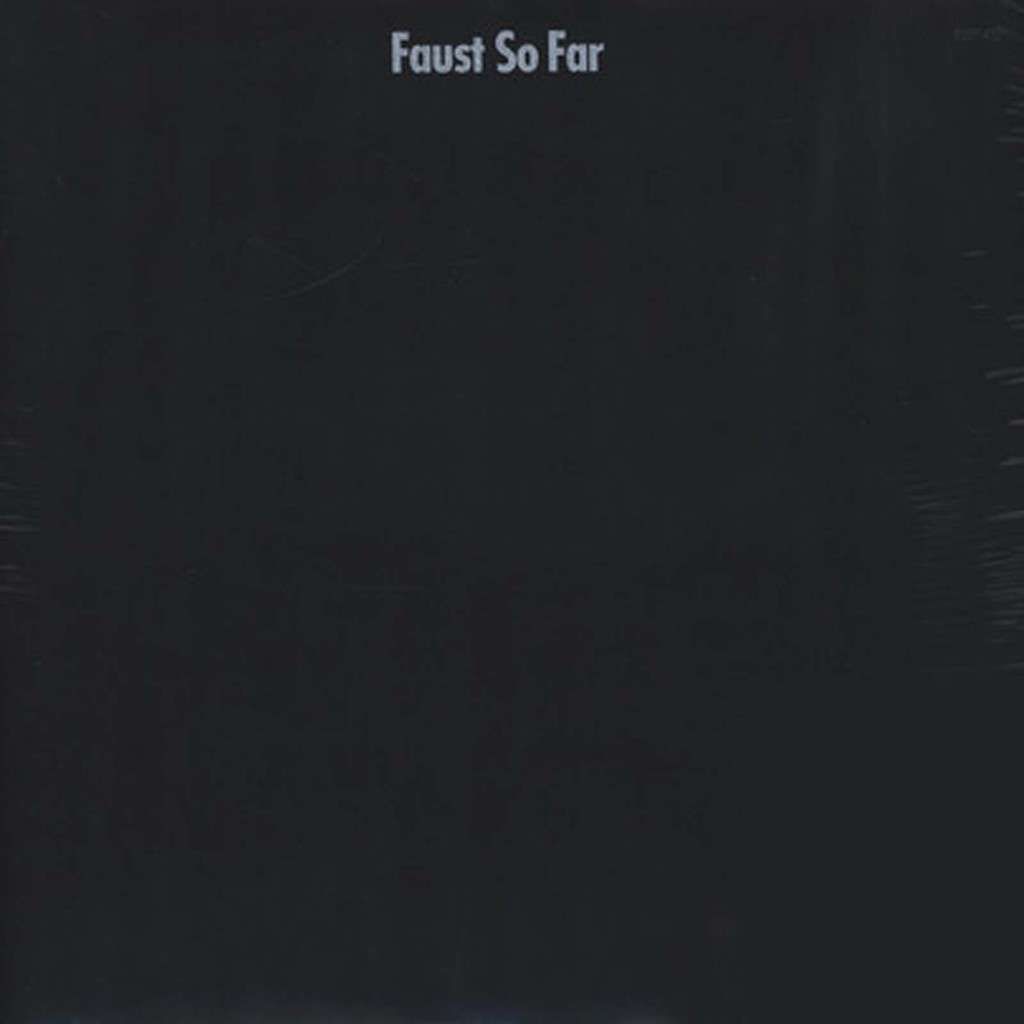 09. So Far (Faust, 1972)
[Label: Polydor, 1972]
If I have to choose only one Faust album, then it’s got to be So Far. The group’s second LP was a bold statement both musically and conceptually. Each track has its own unique identity, but is clearly always Faust. Side two’s opener, ‘It’s A Rainy Day Sunshine Girl’, is a pulsing, uplifting anthem that reminds me of mid-era Velvet Underground. Original issues of this record include 10 sheet inlays and are very, very rare. 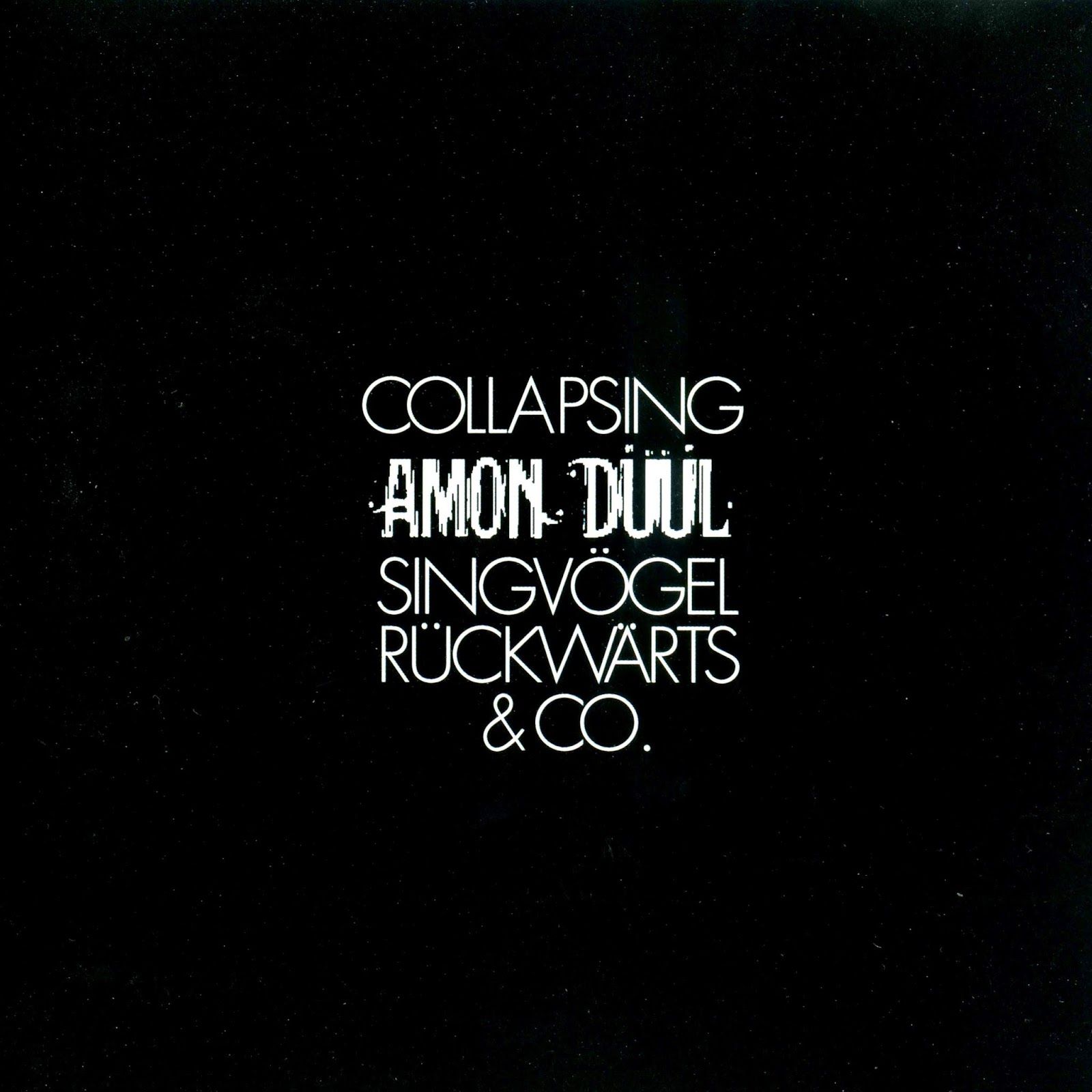 10. Collapsing: Sinvogel Ruckwarts & Co (Amon Düül, 1969)
[Label: Metronome, 1969]
Released on the same label and in the same year as ‘Dracula’s Music Cabinet’, this record shows how things ran musically in Germany in the late-60s. When you drop the needle, prepare to be pummelled into submission by these free-thinking Munich-based communal space sentinels. Devoid of rules, politics, conformity and all the other shit that detracts from real music, Amon Düül dared to wander freely, often with astounding results. 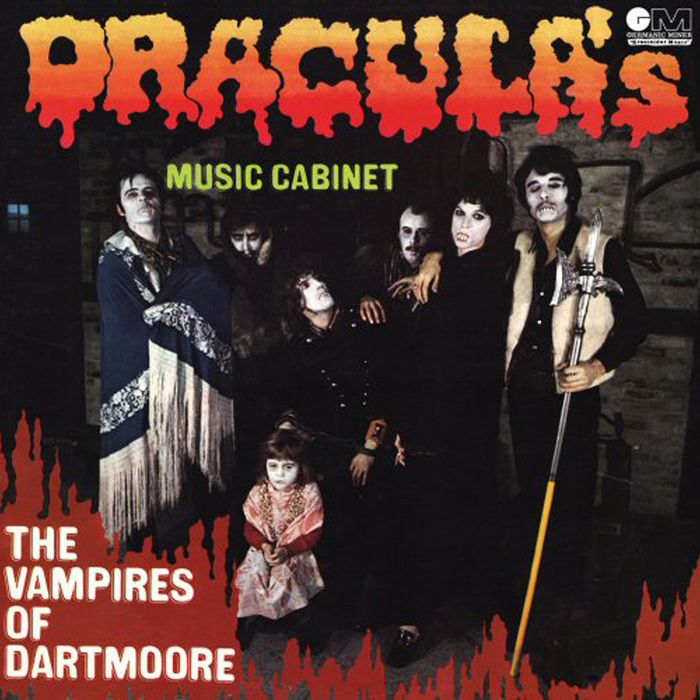 11. Dracula’s Music Cabinet (Vampires Of Dartmoore, 1969)
[Label: Metronome, 1969]
Does this count as krautrock? Well, as a Germanic offering of crazed vocals, reverberating exotic-sounding guitars and chattering offbeat electronics, it has all the right ingredients! Despite being a rather tongue-in-cheek marketing ploy cashing-in on the pseudo-psych/exploitation craze, this artefact of ghostly wonder has sat next to Can and Neu! in my collection for 10 years now without any complaints. 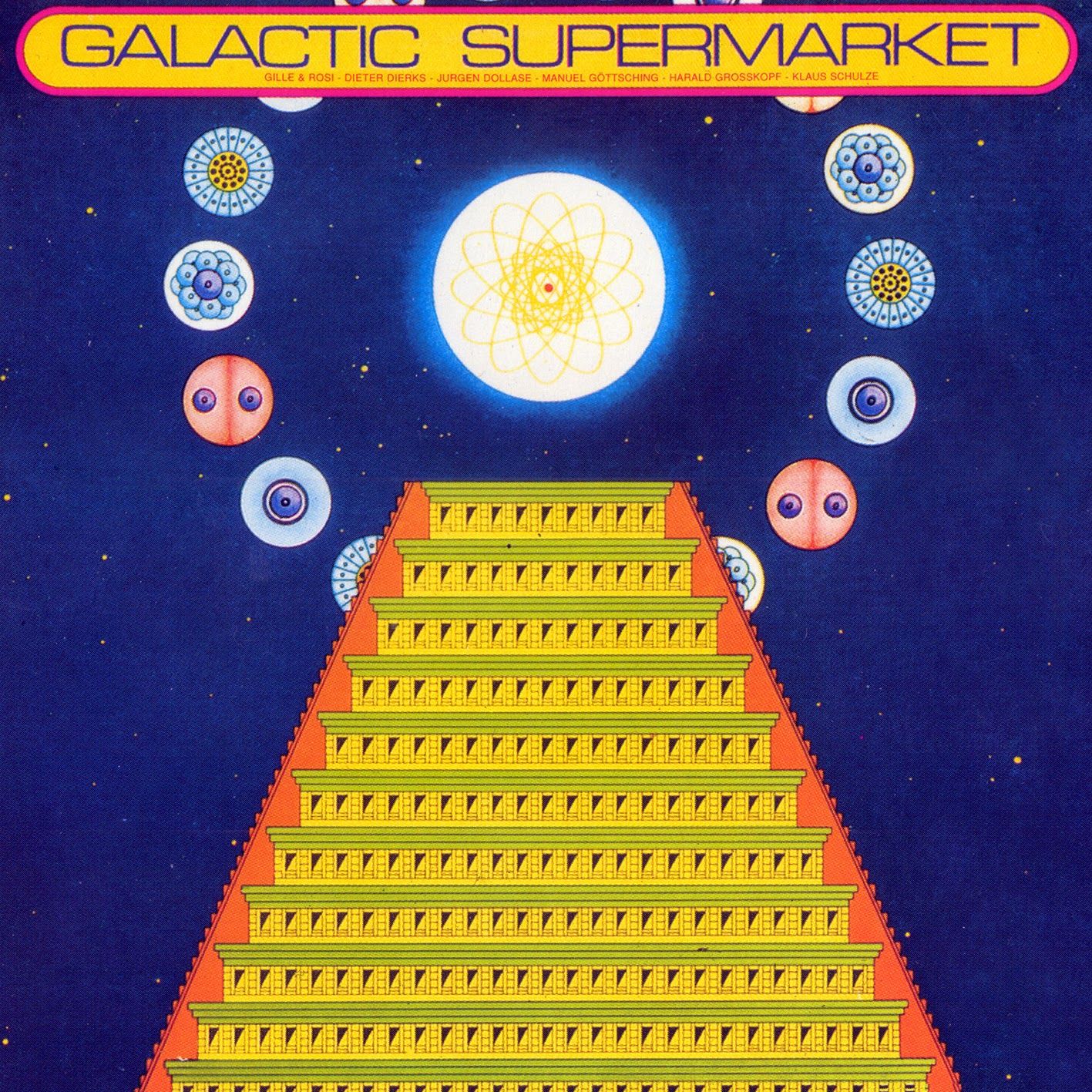 12. Galatic Supermarket (Cosmic Jokers, 1974)
[Label: Kosmische Musik, 1974]
The Berlin-based supergroup do damage on their second LP. With members including Manuel Göttsching, Klaus Schulze (Tangerine Dream), Harald Grosskopf (Ash Ra Tempel) and Rosi Muller, it’s no wonder this outfit created such amazing music. Not intentionally intended for release, this LP is culled from studio jams, each taking up one track per side, with the space ritual freak-outs punctuated by Rosi’s cosmically beckoning voice. 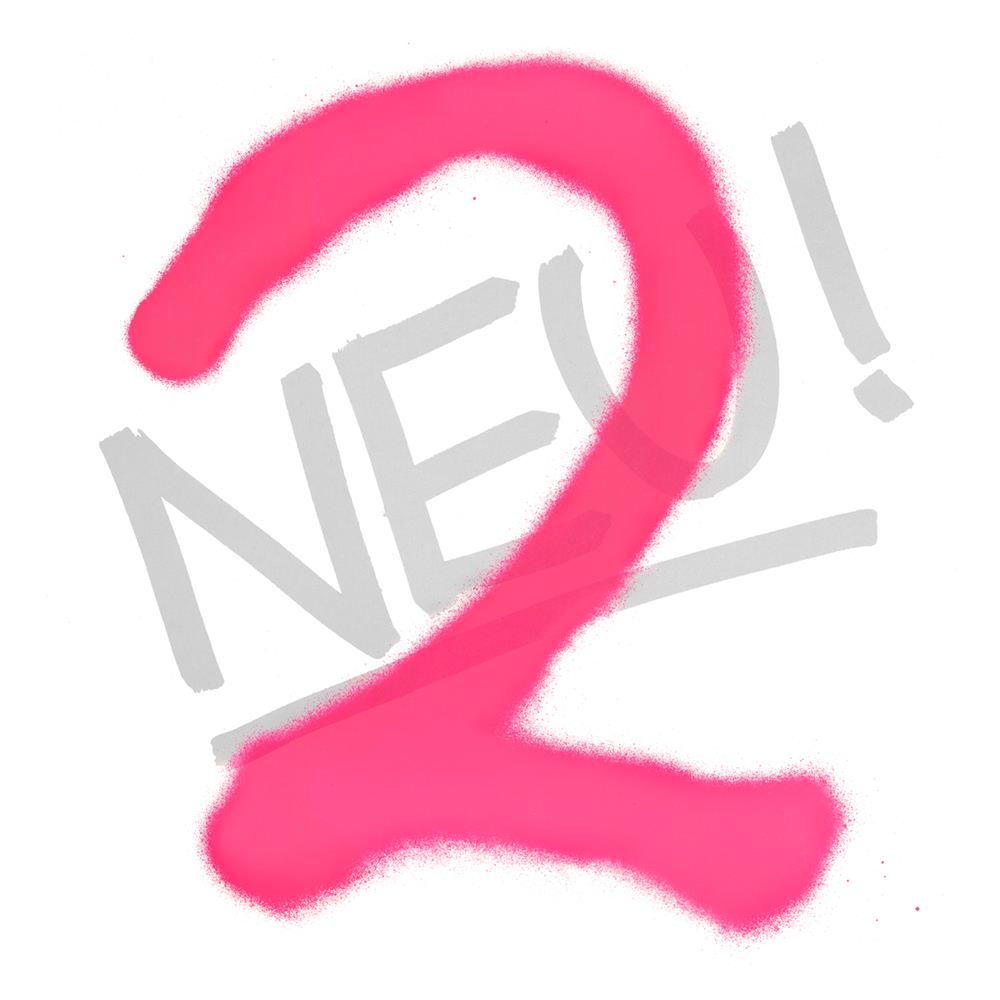 13. Die 2 (Neu, 1973)
[Label: Brain, 1973]
Commonly known as Neu 2 in the UK, this second LP from ex-Kraftwerk members Klaus Dinger and Michael Rother is a firm favourite, if only for its striking sleeve and the hard-as-you-like track ‘Lila Engel’. Can you imagine a song like this being played live in 1973, when punk was still in its embryonic stage? ‘Lila Engel’ sounds like it could have sat quite comfortably on Never Mind The Bollocks. Was John Lydon secretly tuning into this frequency? 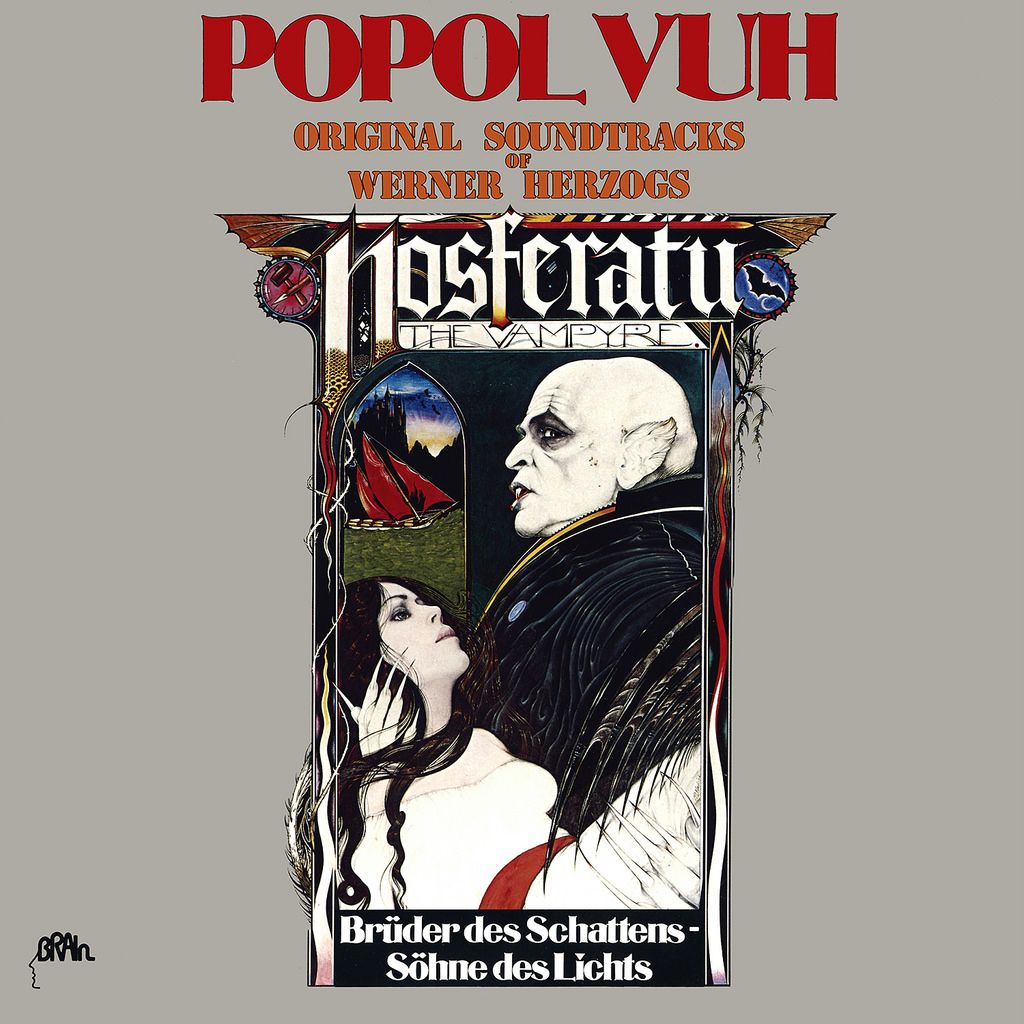 14. Nosferatu (Popol Vuh, 1978)
[Label: Egg, 1978]
Creating the scores for many of Werner Herzog’s great films is no easy task, which is why Popol Vuh were given the job. As a fan and listener, this band do nothing but continually inspire me. Within all of their epic LPs you’ll find mystery, melancholy and immense beauty. 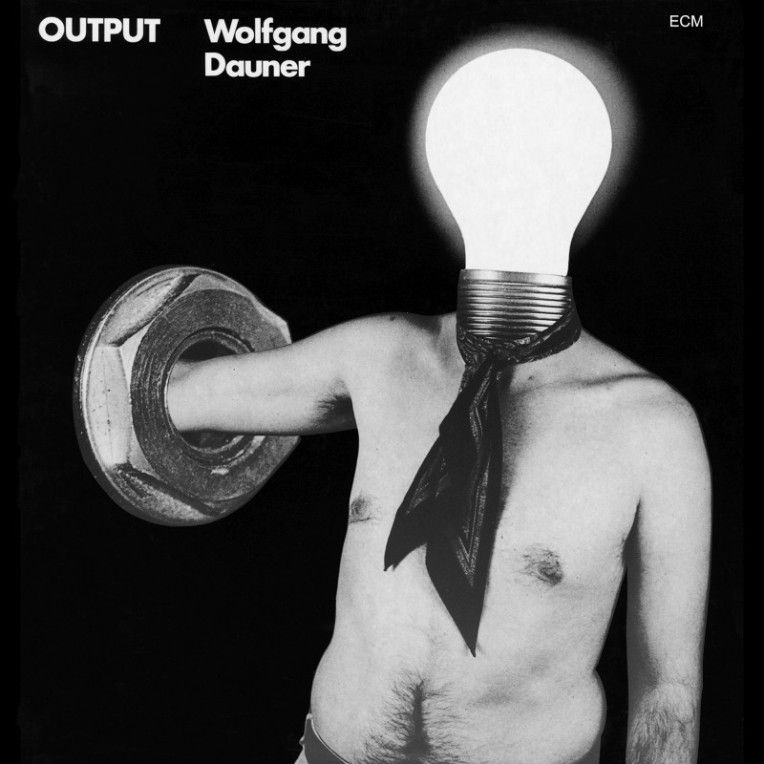 15. Output (Wolfgang Dauner, 1970)
[Label: ECM, 1970]
ECM is renowned for quality European jazz releases and this amazing LP is no exception. Recorded in 1970, this hybrid of jazz-fusion and the avant-garde pushes sound experimentation to its outer limits, and pre-empts a lot of the ideas Dauner later had with his Et Cetera project. 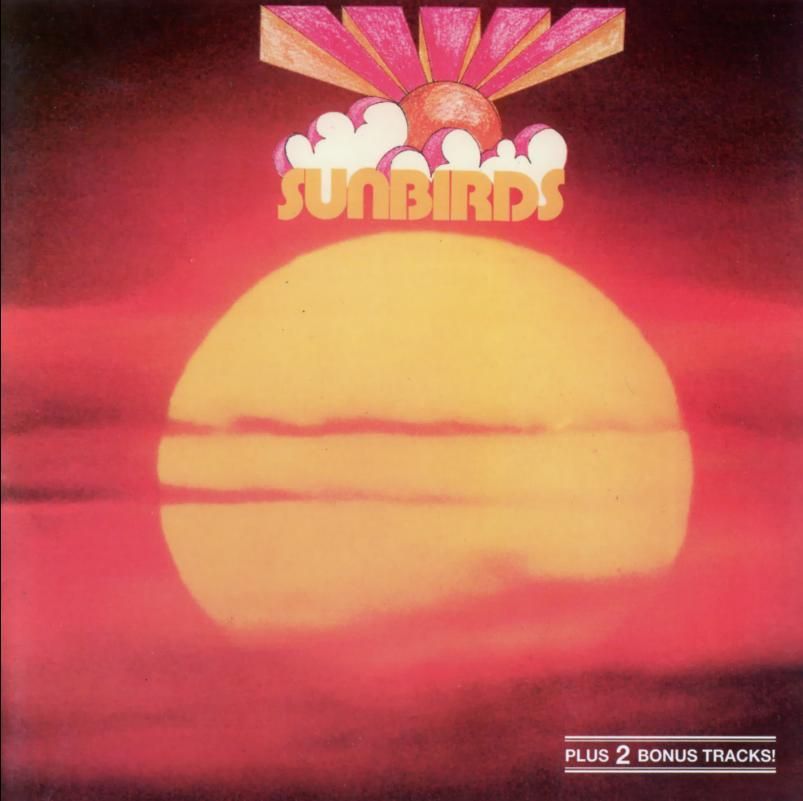 16. Sunbirds (Sunbirds, 1971)
[Label: BASF, 1971]
In boxing terms, this LP is a heavyweight – another personal all-time favourite and possibly one of the deepest rock fusions LPs ever committed to wax. Featuring an all-star line-up including Klaus Weiss (Niagara), Philip Catherine, Fritz Pauer and Ferdinand Povel, this is deep like Mahavishnu Orchestra, spaced like Bitches Brew and moody like Goblin. 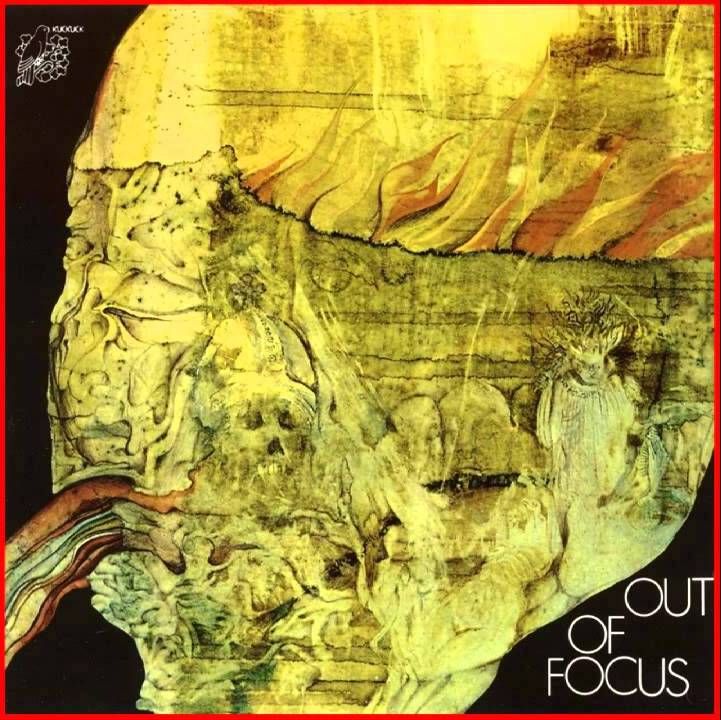 17. Out Of Focus (Out Of Focus, 1971)
[Label: Kuckkuck, 1971]
Torn between this and their Four Letter Monday Afternoon LP, I chose this purely for the opener on side two entitled ‘Blue Sunday Morning’ , which typifies krautrock for me, with blends of soaring rock leading into harsh melodic harmonies. This group bridged a gap between jazz and rock whilst others pondered onwards, looking for a lift! 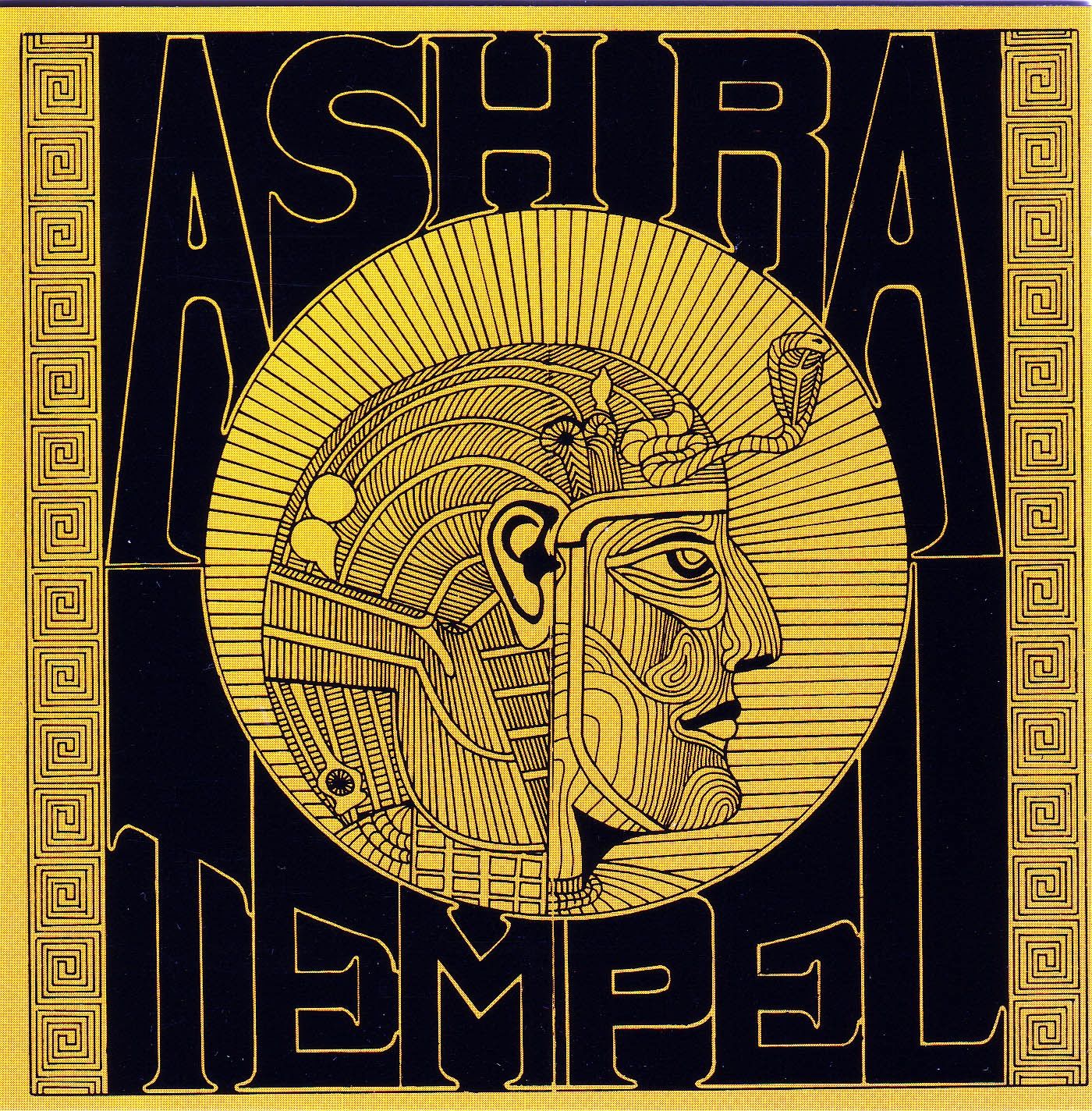 18. Ash Ra Tempel (Ash Ra Tempel, 1971)
[Label: Ohr, 1971]
Have you ever been re-wired? If not, try this for a fuse. A complete monster of a record, this contains the epic track ‘Amboss’, which is a whole side of slowly building sonic waves iced up and down with searing fuzz leads intending to permeate every nook in your book. By no means ‘flower power’ – what hippie would dare to go this hard? 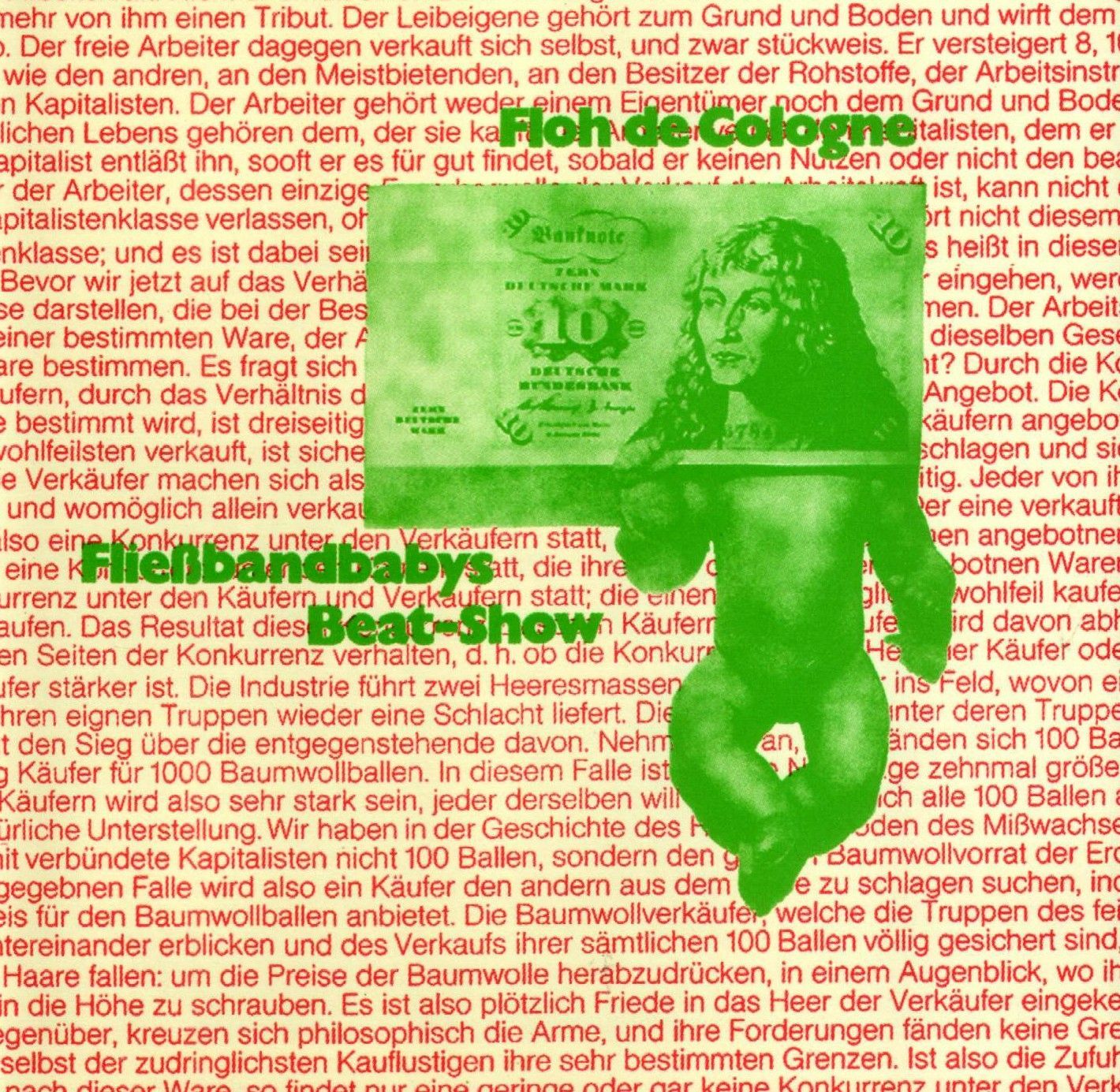 19. Fliebandbabys Beat Show (Floh De Cologne, 1970)
[Label: Ohr, 1970]
Highly reminiscent of some of The Mothers Of Invention LPs, this group had equally satirical wit and a similar objective. The first release on cult German label Ohr, this is a rollercoaster ride sonically bound together by all kinds of trickery, great repetitive riffs and vocal segues. 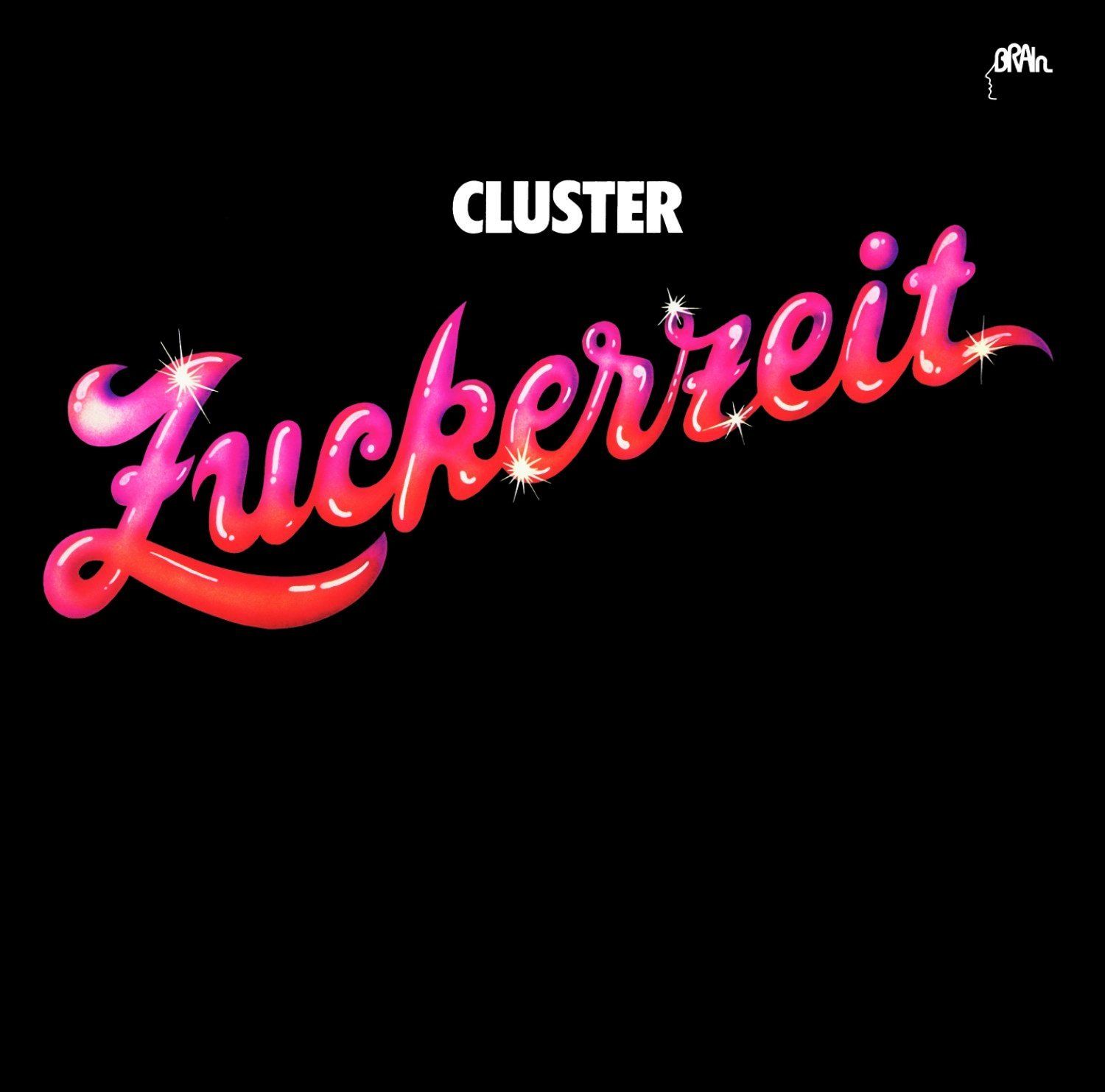 20. Zuckerzeit (Cluster, 1975)
[Label: BRAIN, 1975]
Core members Dieter Moebius and Hans Joachim pioneered the industrial, electronic side of krautrock, the two genies utilising a drum machine for this recording, adding more textures whilst maintaining kraut’s hypnotic nuances. Produced by Michael Rother, the LP features the incredible ‘Hollywood’, which I imagine was a strong influence on early Detroit techno producers.
—
From 2003-2008, FACT operated as a bi-monthly print magazine. As part of our From The Archives feature, we’ll be regularly uploading vintage articles from FACT’s ink-and-paper days. To add to a week of kosmische-centric output, ranging from an audience with Manuel Göttsching through to The Essential…Popul Vuh, we’ve pulled together Gareth ‘Cherrystones’ Goddard’s guide to the 20 finest krautrock records of all time. / source: http://www.factmag.com/2013/09/15/20-best-krautrock-records-ever-made/