Enigmatic filmmaker Andrei Tarkovsky believed that creating the "pressure of time" was one of his key film techniques he used to keep audiences hooked. In this video essay, we’ll be digging into some of his most immersive techniques.
Mastering Shot Lists: Andrei Tarkovsky
Check out how Andrei Tarkovsky creates a shot list 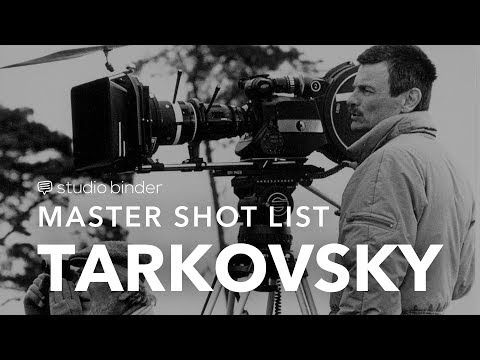 Fans of Tarkovsky’s work know he likes to use long takes to build atmosphere and fully immerse the audience. In doing so, the viewer becomes more aware of the passing of time. This building of tension, or the "pressure" as he refers to it, creates a lean-forward viewing experience.
By comparison, many contemporary films take the cue that frequent cutting is what keeps viewer interest.
Actually, it’s opposite.
Too much cutting can take viewer out of the moment, and even lead to boredom. Before viewers can process the scene and feel anything, there’s a cut and the film moves on. The emotional connection is lost.
Modern cinema is more about seeing versus feeling.
By reducing cuts, viewers have enough time to immerse themselves in the moment, and feel something on a visceral level.
"What is cinema? It's a mosaic made with time." - Andrei Tarkovsky

2. Sound design puts us in the mind of the character 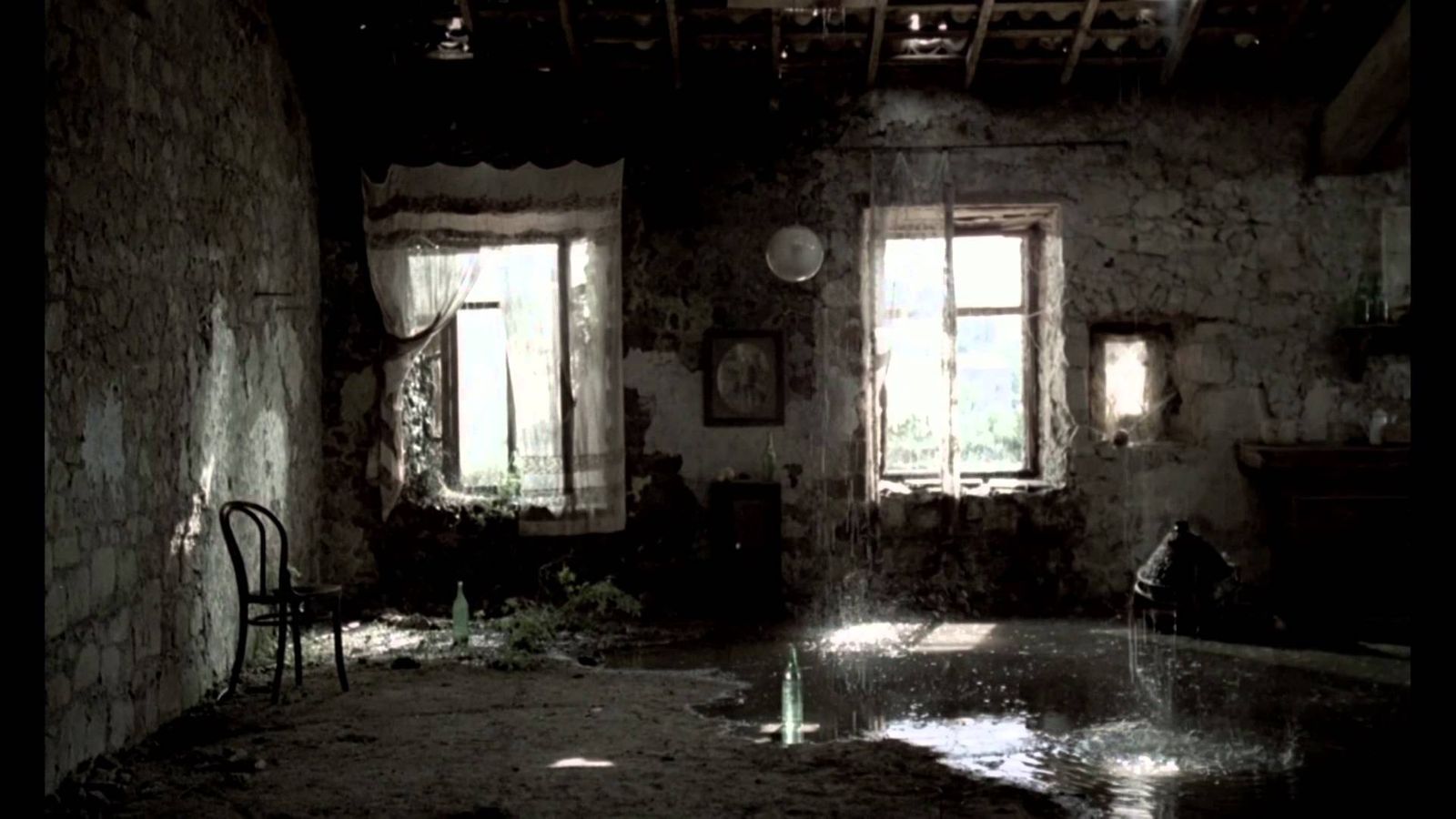 The Mirror (1975)
Tarkovsky films are some of the quietest movies you’ll see. Yet, they’re incredibly atmospheric and poignant.
Part of what makes a Tarkovsky film so atmospheric is his unique approach to sound design. He often isolates and enhances a key sound over others to place the viewer in the mindset of the character. Auditory textures of squishing through fresh mud. Dusty winds whistling through trees. The dripping of water. The crackling of fire. A ringing in the ears. A heartbeat.
Without a single line of dialogue, Tarkovsky calls attention to the priorities of the moment.
Again, Tarkovsky’s goal is immersion. Feeling.
Consider how you can use sound design to place the audience in the mind of the character.

Solaris (1972)
Most people assume a Tarkovsky film is too difficult to understand.
In reality, there’s nothing to be understood in the traditional sense. His films were essentially stream of consciousness.
Tarkovsky believed art couldn’t be explained from a purely intellectual perspective. It must be felt on a personal level.
To prevent manipulation of the viewer experience, Tarkovsky avoided standard symbolism in his films. His aim was for the audience to connect their own meanings to recurring visuals. In doing so, the film viewing experience becomes more personalized.
For example, the recurring shots of the ocean in Solaris begs the question, "What does this ocean represent?" Tarkovsky never spells it out. As a result, it’s up to the viewer to come up with their own meaning for it.
Tarkovsky films are not meant to be logical. They’re meant to be instinctual.
"I don't know why people expect art to make sense when life doesn't make sense." - David Lynch

Without a word spoken, characters in a Tarkovsky film communicate with actions, not dialogue.
What better way to show helplessness than watching a woman sitting down as her house burns in front of her. 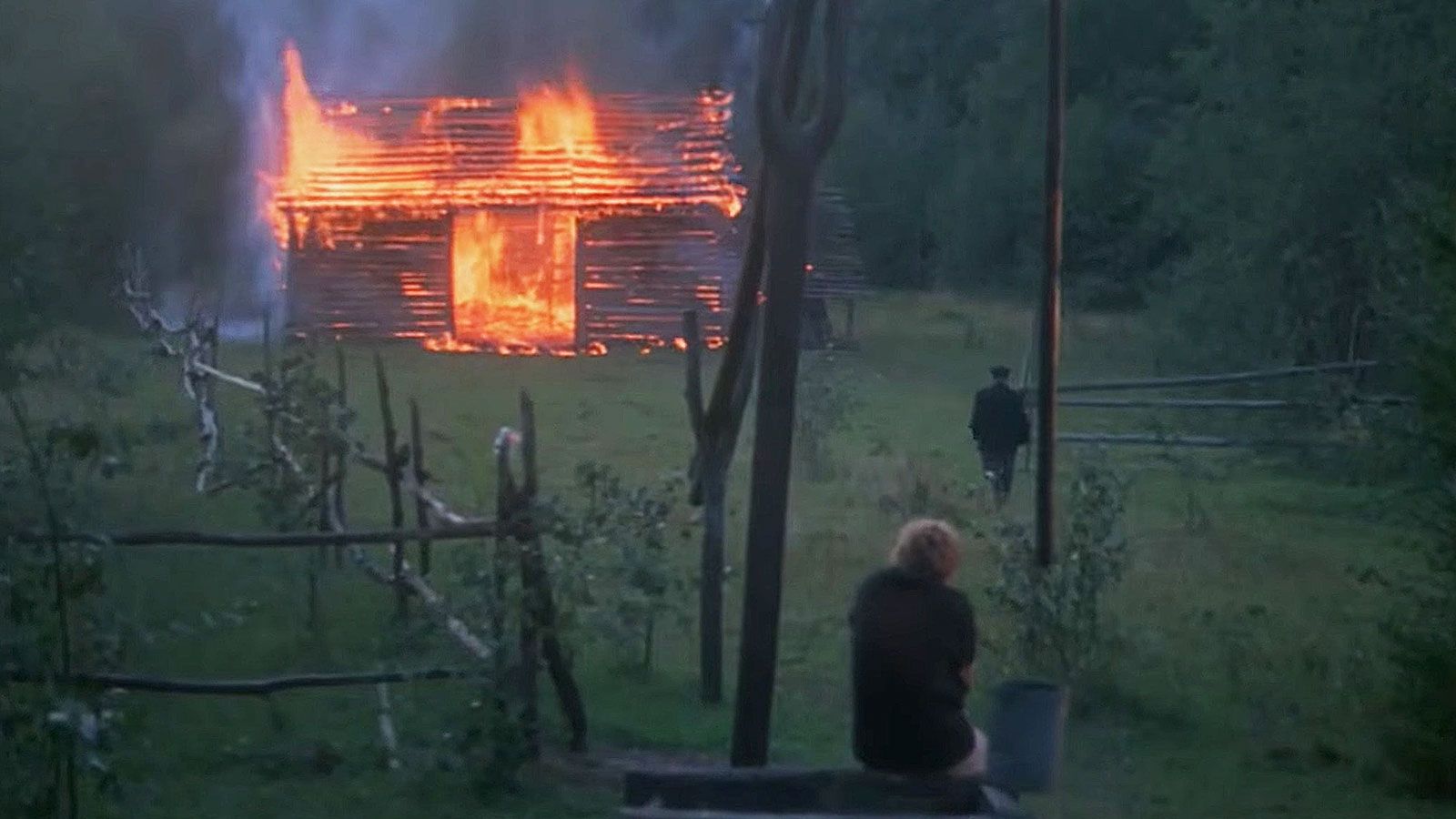 The Mirror (1975)
As an exercise, consider how to convey your characters by actions.

The fragmented and episodic feel of a Tarkovsky film comes from his editing process. Instead of a logical foundation for editing, he opted for a poetic one.
For example, Tarkovsky would frequently cut between the past, the present and dream sequences. What ties them together is not plot, but significance of that moment in the shaping of the character. 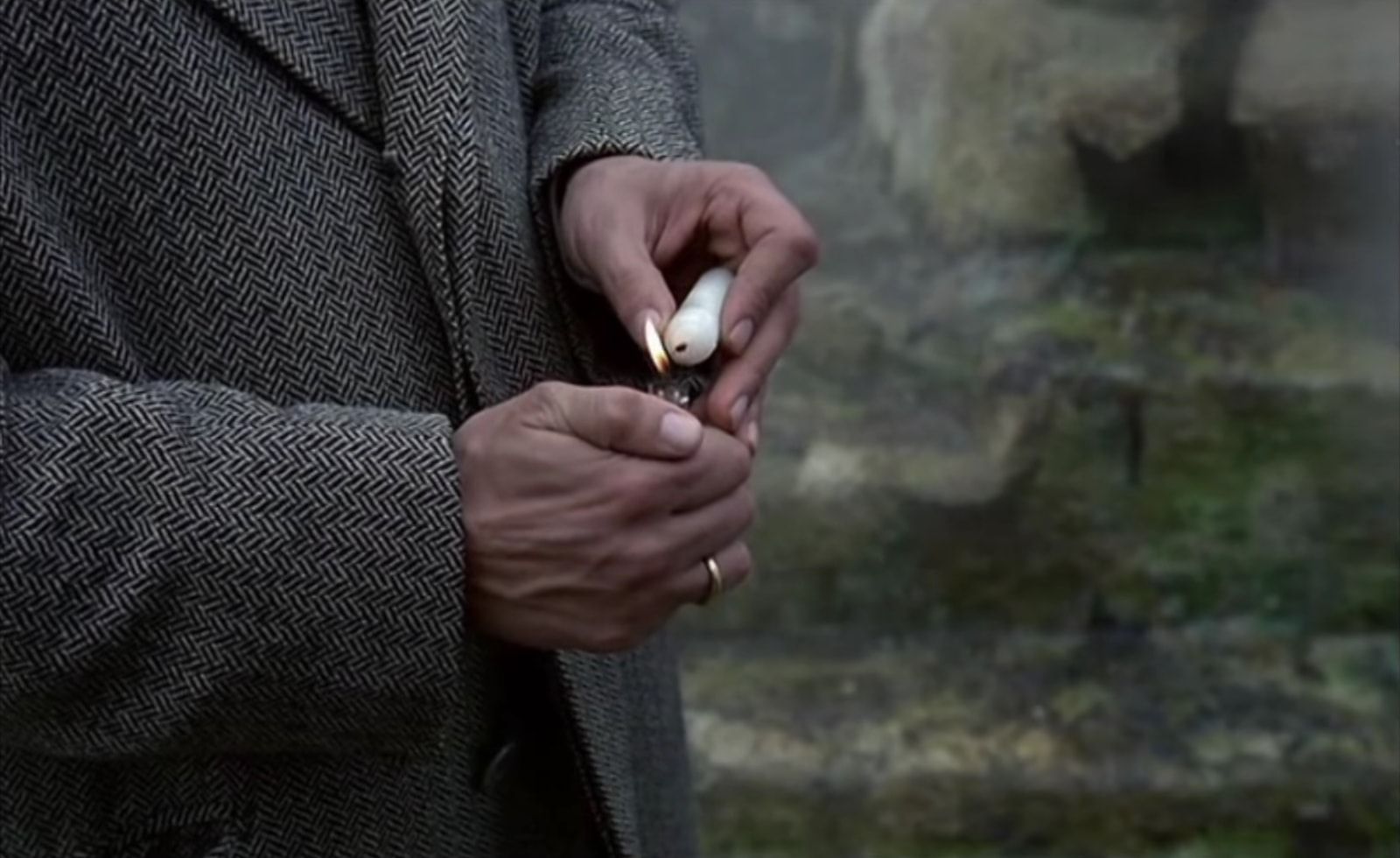 Nostalgia (1983)
In this scene, Takosvsky cuts from a man setting himself on fire to a man struggling to light a candle.
Tarkovsky cuts scenes at the peak "pressure of time," as calls it. The longer you stay on the shot, the greater the pressure.
Then cut.

"Give a shot enough time, and meaning will be formed of its own accord, but too many cuts can disrupt this."

Watching a Tarkovsky film feels like you’re stepping into a virtual reality game. The haunting visuals. The immersive sounds. The emotional effect of being present, rather than following a plot.
By the end of the journey, all you can know for sure is how a Tarkovsky film makes you feel.
That may be key to why Tarkovsky’s films endure where so many modern "hits" are forgotten.