A Zen warrior who captured the imagination of many, the samurai were a part of the military nobility of feudal Japan. Serving clans and their lords, they were trained in military tactics and armed combat, and their teachings can still be found today in both everyday life and in modern Japanese martial arts.

Here are a few things you might not know about these legendary fighters.

The samurai followed a code known as bushido, which means "the way of the warrior." Today, we follow a similar code called "cul-de-sac of the couch potato." It’s basically the same. Just with more Doritos. 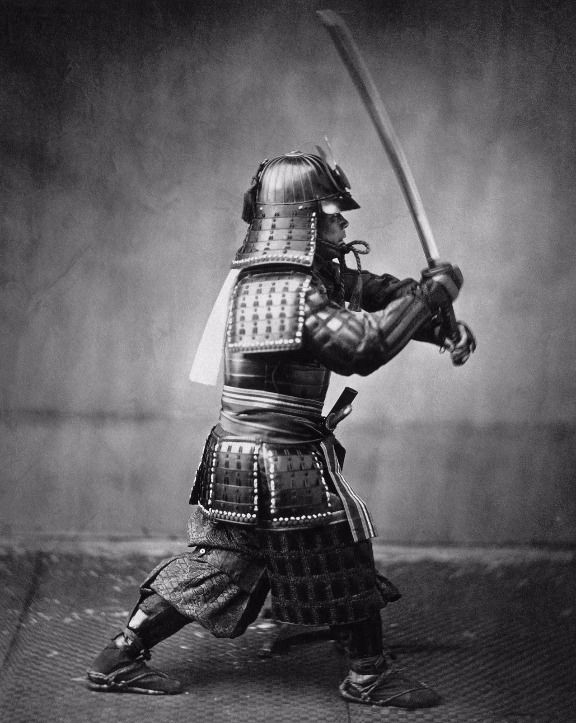 If a samurai failed to follow the bushido code or was captured by the enemy, they were expected to commit ritual suicide in a process known as seppuku that involved self-disembowelment by his own hand and then decapitation by an attendant. This was considered an extremely honorable, albeit a rather messy way to die. 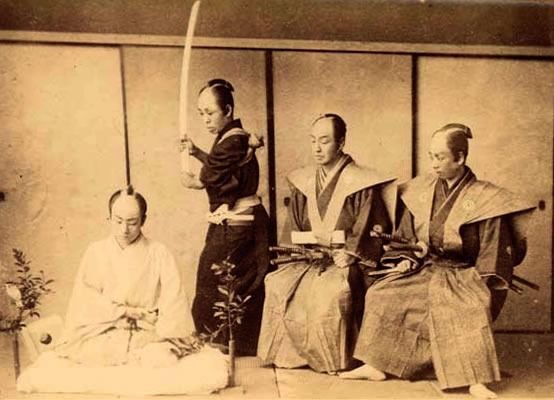 Although many people believe that samurai were a small, elite warrior force like Navy SEALS, they were, in fact, an entire social class and, at the peak of their power, up to 10% of Japan’s population were samurai. So much for exclusivity. 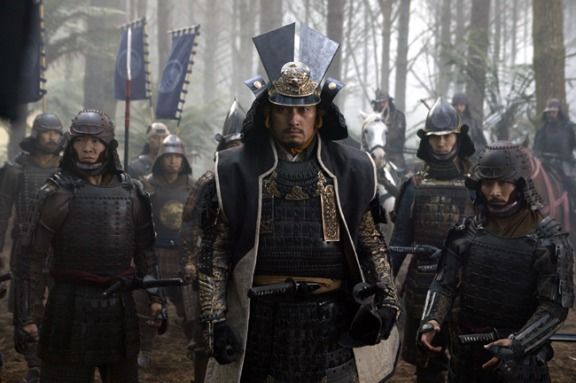 27. The Clothes Make the Samurai

Samurai were style-makers, influencing the fashion of the era. Although their clothing was elaborate, every aspect of it was designed to fit their needs as warriors. Their regular outfit consisted of wide hakama trousers and a kimono or a hitatare, a two-part vest which left the arms free and could quickly be removed in case of a surprise attack. The samurai fashion sense was just as sharp as their swords. 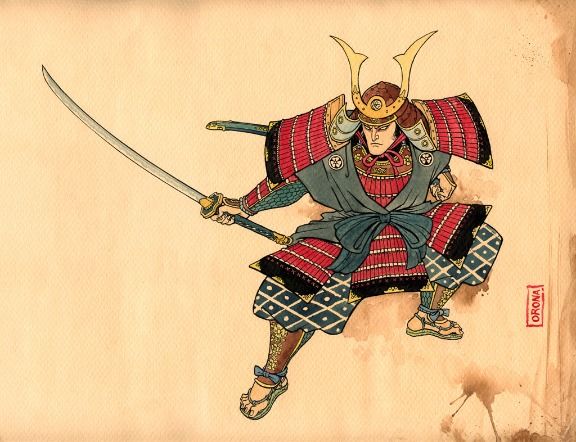 The most distinctive part of samurai fashion was the topknot hairstyle. That being said, in todays world, wearing a man bun does not make you a samurai. 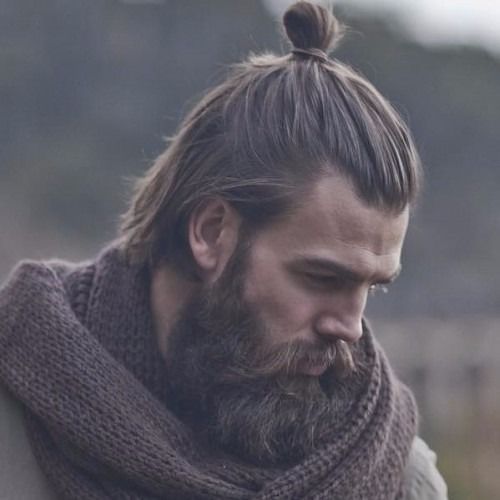 In addition to the topknot, samurai would often partially shave their head to make it more comfortable to wear a helmet. 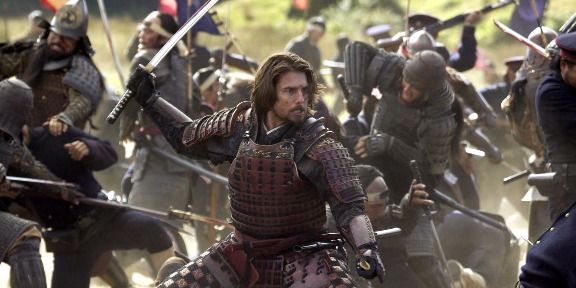 Unless the Samurai in question is Tom Cruise. Tom Cruise seldom wore a helmet because the world needed to see his flowing locks and chiseled jawbone.

Although rare, Westerners could also become samurai provided they had the support of a daimyo (a territorial lord) or the shogun (warlord). History knows of four Western men who were bestowed that honor: adventurer William Adams, his colleage Jan Joosten van Lodensteijn, Navy officer Eugene Collache, and arms dealer Edward Schnell. 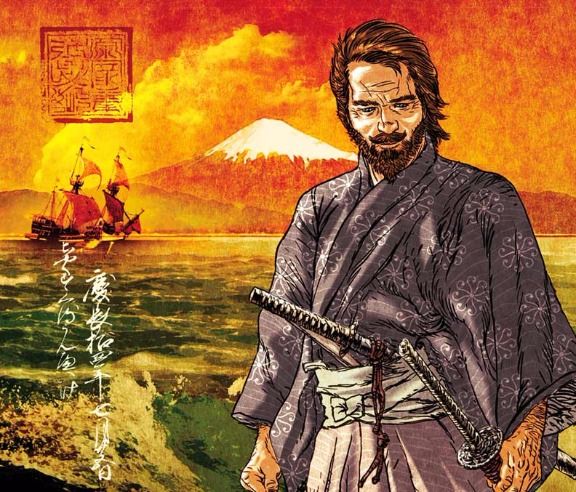 Although "samurai" is a strictly masculine term, the Japanese bushi class, the social class from which samurai came, also included women who received similar martial training. These women were called "Onna-Bugeisha," and they would participate in combat along with their male counterparts. 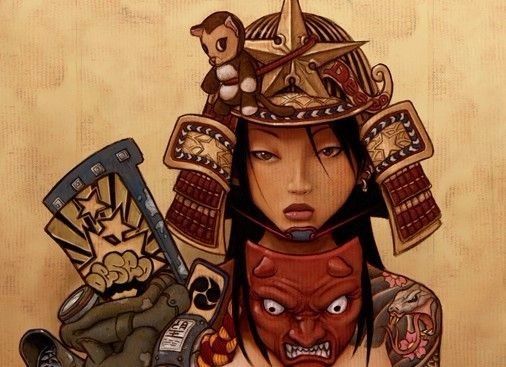 The weapon of choice for a female samurai was the naginata, a spear with a curved, sword-like blade that was versatile, but also relatively light. 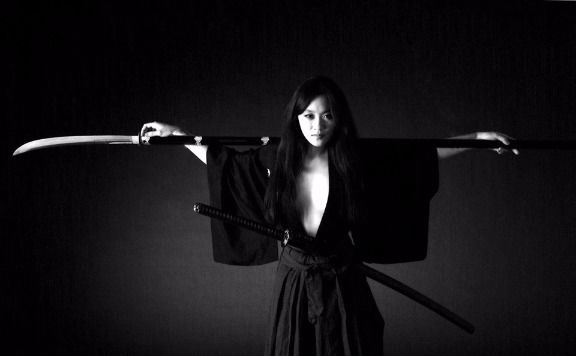 Although accounts of female samurai in historical texts were rare, recent research suggests that Japanese women participated in battles quite often. DNA tests revealed that 35 of the 105 bodies from the site of the Battle of Senbon Matsubaru in 1580 were female. Other historical battlefields yielded similar percentages. 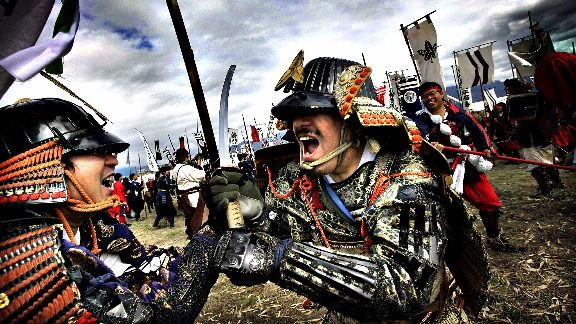 Despite the ornateness of samurai armor, each piece was functional. Unlike the armor of a European knight, the samurai armor was designed for mobility. As they say, it’s not proper samurai armor if you can’t pull off a great game of Dance Dance Revolution. 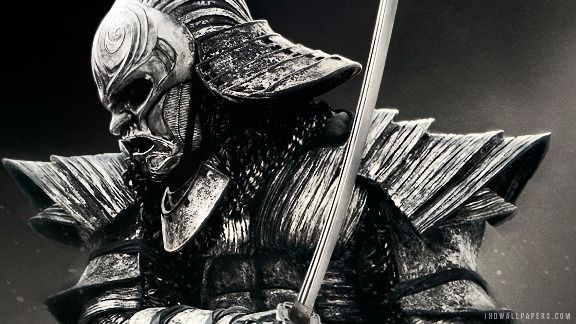 The kabuto helmet was the most complicated part of a samurai’s armor. Its bowl was made of riveted metal plates, the face and brow were protected by armor that tied around behind the head and under the helmet, and the neck guard protected the wearer from arrows and swords. This is good, because there’s not much that can ruin a samurai’s day more than an arrow to the neck. 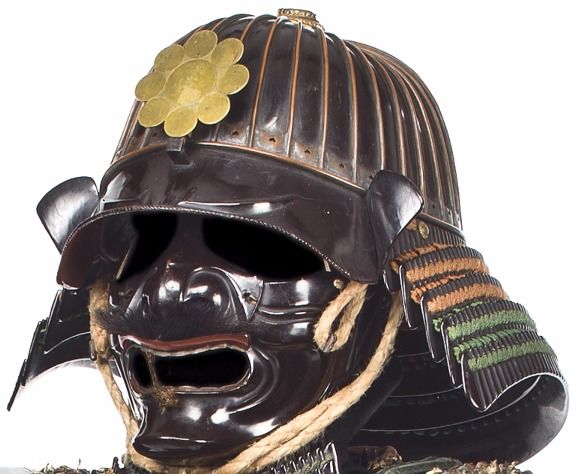 The neck guard on Darth Vader’s helmet was actually inspired by the samurai’s kabuto helmet. Vader himself, on the other hand, was inspired by the loss of a great love. And all his limbs. In a volcano. 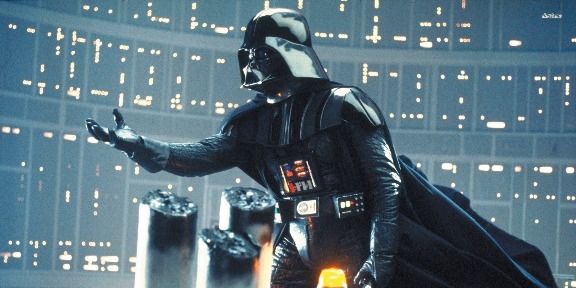 Many samurai helmets featured ornaments and attachable pieces including masks with demonic features that both protected the face and frightened the enemy. 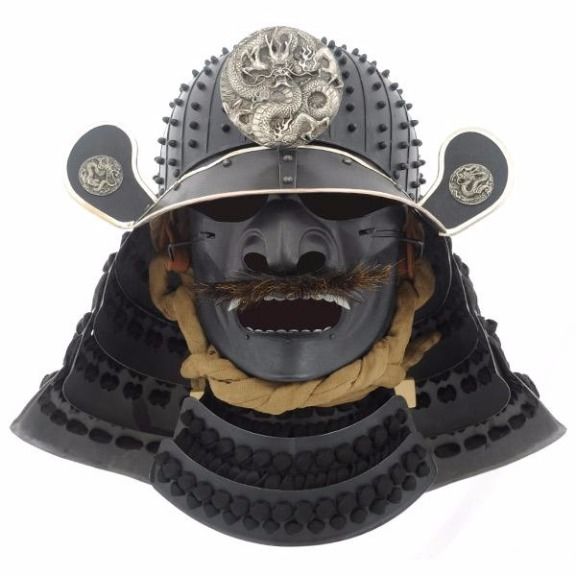 The US army based the design of the first modern flak jacket on samurai armor. 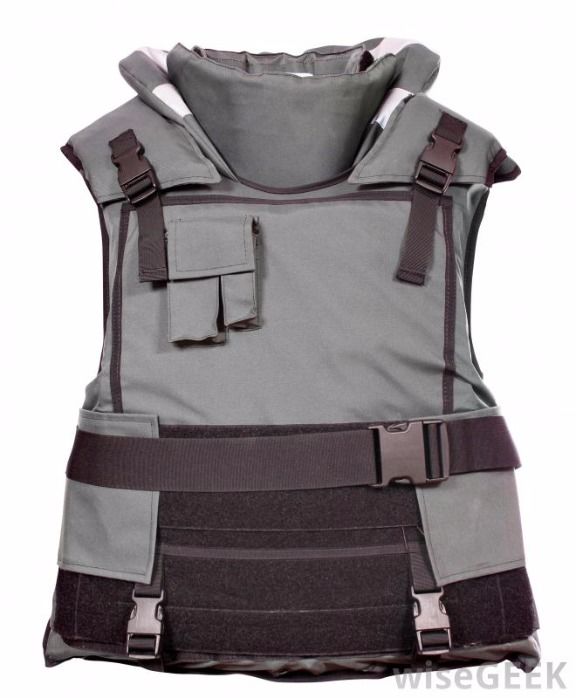 Although their armor made them seem imposing, samurai were actually fairly small humans, with the average 16th century samurai being 5’3" to 5’5" in height. 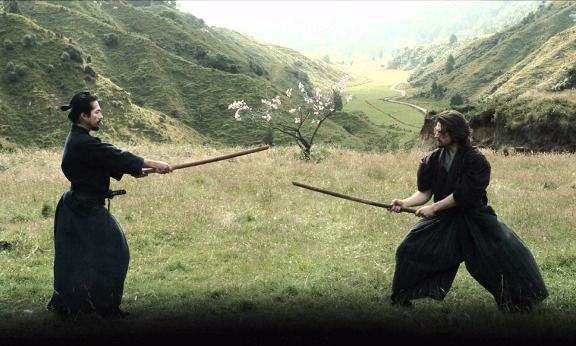 14. Straight to the Point

The samurai originally carried a sword called a "chokuto", essentially a slimmer and smaller version of the straight swords used by medieval European knights. 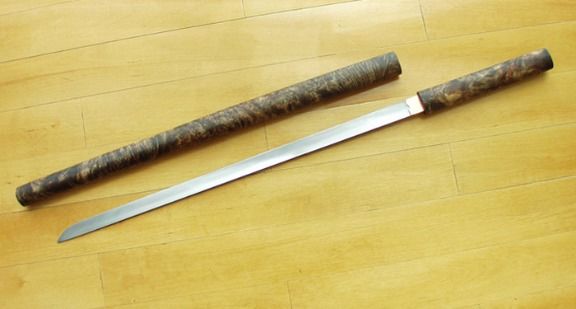 As sword-making techniques progressed, the swords that the samurai used became more curved, eventually evolving into the well-known katana, possibly one of the most famous swords in the world. 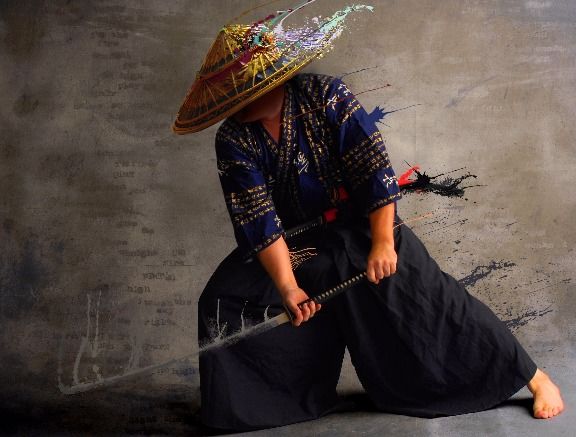 Katanas were usually paired with a smaller blade (a wakizashi). The pair was known as a daisho. 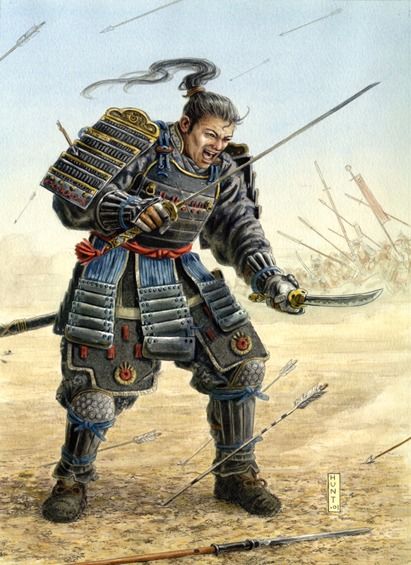 Although samurai did fight with their katanas, swords were not the only weapons at their disposal. Spears also came into use as heroic single combat gave way to intelligent group tactics and they commonly used a yumi, which is a longbow that they would train with extensively. Essentially, the further away you can be when killing someone, the better. Just ask the US government. 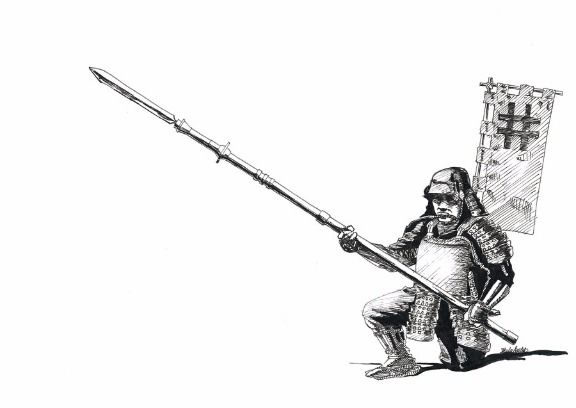 Speaking of which, when gunpowder was invented, samurai abandoned the bows in favor of firearms and cannons, with their long-distance weapon of choice being the tanegashima, a flintlock rifle popular among Edo-era samurai. 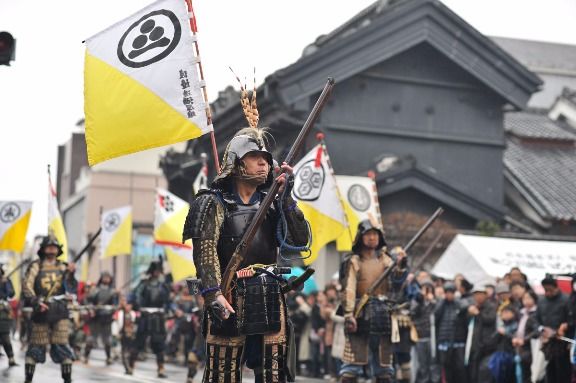 Bushido (the samurai code) states that the samurai’s soul is in his katana, making it the most important weapon he carried. 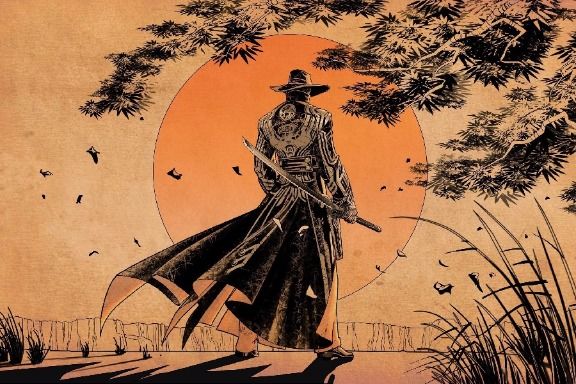 Like the Spartans, samurai were very open minded when it came to same-sex relations. In fact, the practice (known as wakashudo) of an experienced samurai forming a relationship with a youth in training was encouraged and common. 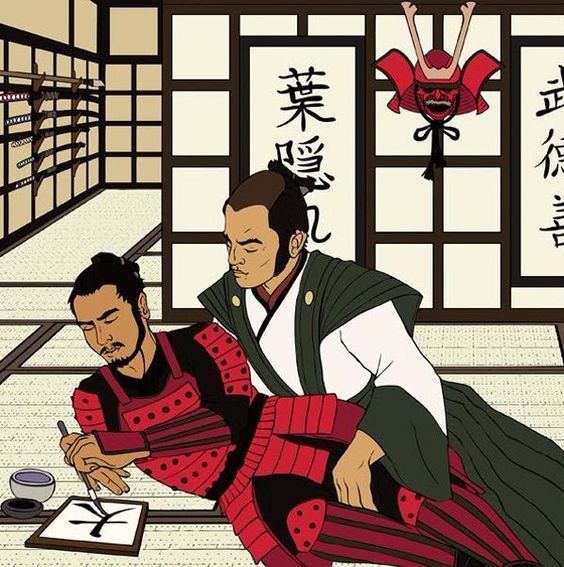 7. The Greatest Weapon is a Good Education

The majority of those in the samurai class were very well educated, with levels of literacy and mathematical skill being quite high, especially in comparison to Europeans. You could say they were well-versed in the three Rs: readin’, ‘rithmetic, and rippin’ out the hearts of their enemies. 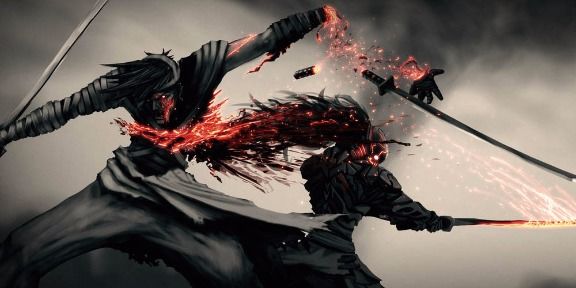 In addition to reading and math, the Bushido code also dictated the samurai be well versed in the arts, and they participated in a number of artistic endeavors including poetry, rock gardens, ink paintings, flower arranging, and tea ceremonies. And before you make any snarky comments about flower arranging, just remember that these guys have swords and know how to use them. 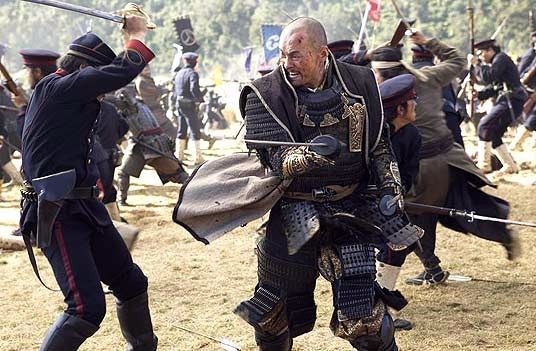 While the Japanese were notoriously judgmental when it came to purity of race, the samurai were noticeably hairier and lighter-skinned, suggesting that they may have descended from an ethnic group called the Ainu, who ironically, were considered inferior by the Japanese and often the subject of discrimination. It’s amazing what rigorous martial training and being armed to the teeth can do to inspire a better opinion of you. 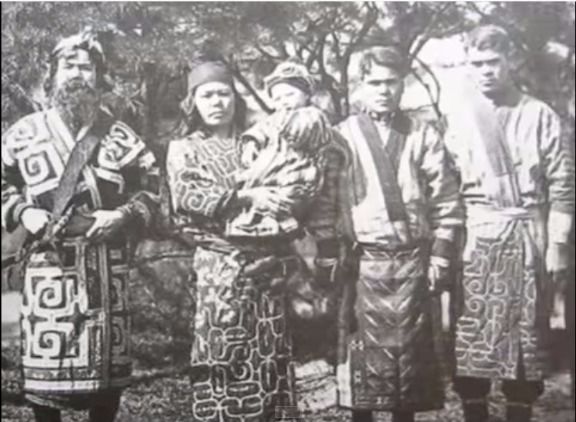 Samurai typically had marriages arranged by a third party of the same or higher rank. Most samurai married women from samurai families, but lower-ranked samurai could marry commoners. In those instances, a dowry was brought by the woman to eliminate debt, set up the new household, and to buy a ton of sushi. 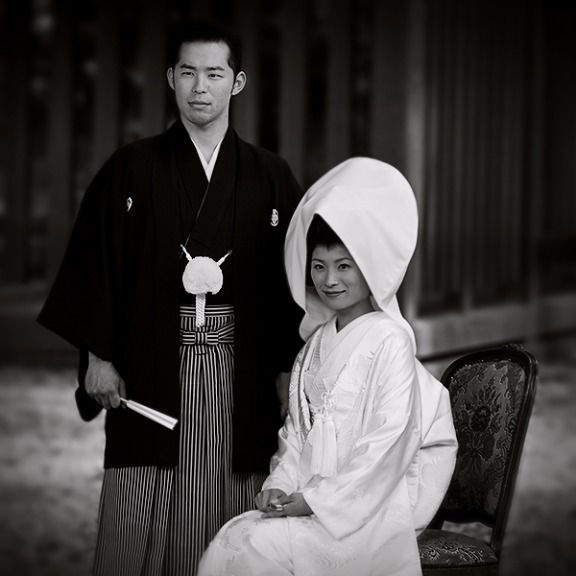 Divorce was permitted, but rare, because firstly, it would embarrass the third party who had arranged the marriage, and also because the samurai would have to return the dowry. Nothing prevents divorce more like having to give refunds. 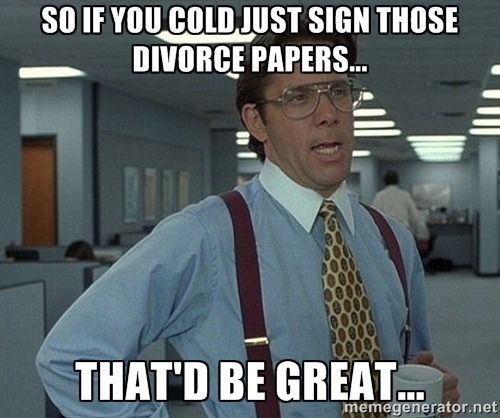 The final samurai battle was arguably in 1877 during the Satsuma Rebellion in the Battle of Shiroyama. After that, a new government was installed who eliminated the samurai class. 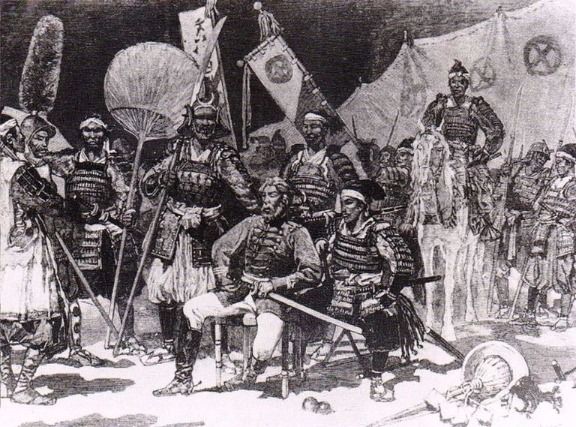 1. The Pen is Mightier than the Sword

Because of their education, many of the samurai set down their swords and picked up pens, making the transition from warriors to reporters and writers with some of them even setting up newspaper companies. They understood, even then, that you could cut deeper with the truth than with a sword. 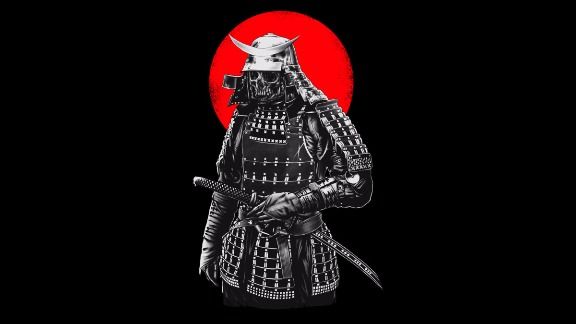