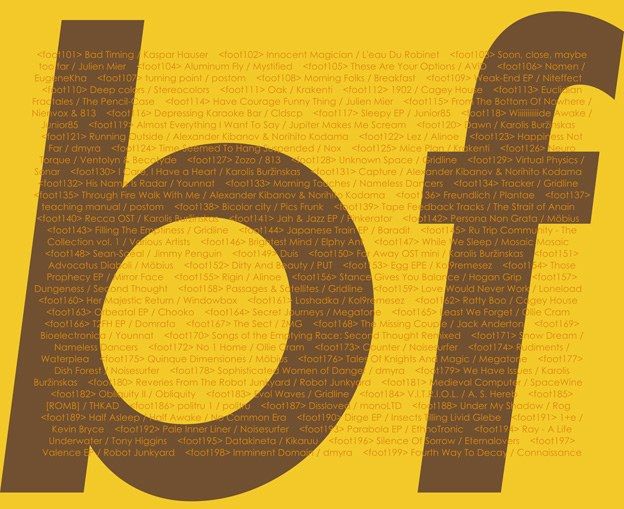 __
__
Bump Foot
Embed is unavailable.
Embed is unavailable.
Bump Foot boasts the most intimidating catalog of all Japanese netlabels—more than 400 releases appear in their archives, which date back to 2005. The people running the site make it a tiny bit easier to navigate through their stacks, dividing albums up into two types. "Bump Side" uploads are based on techno and house music, though the producers featured in that category aren’t afraid to bend those definitions—as long as someone could dance to it, it’s bumping. "Foot Side," meanwhile, highlights music meant to be absorbed. Bump Foot resembles early-day netlabels in its sprawling selection, and is the most international of the bunch, with the number of foreign acts well outnumbering the domestic side.
MarginalRec.
"Beyond the Night" [ft. Chanmomo] — SearchlightVia SoundCloud
One of the key concepts of Japanese netlabel culture is connecting people who normally wouldn’t have a chance to interact, and Tokyo-based MarginalRec. takes that principle very seriously. They sometimes throw parties, dubbed Another Weekender, at clubs as a way for listeners to come together and hear their take on electronic music. They also stream these nights out live online for those who can’t experience it in person and put on a weekly Ustream show every Monday. The label’s music runs from remixes of popular J-pop songs, to anthemic floor fillers, to fidgety built-for-headphones numbers. 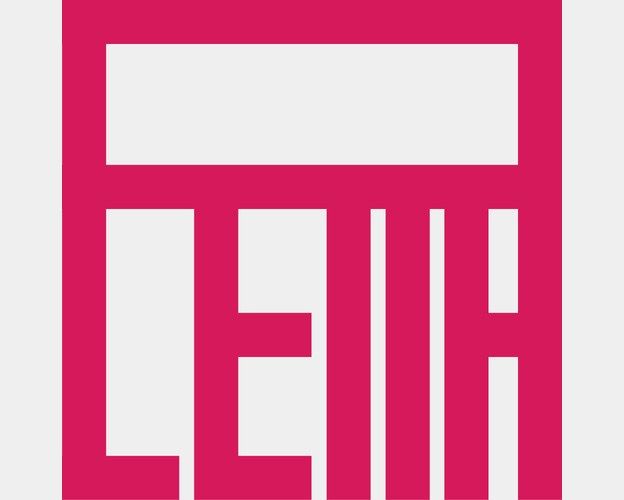 __
__
ALTEMA Records
"Green Night Parade" — fu_mouVia SoundCloud
"entrance" — LeggysaladVia SoundCloud
There’s a heavy overlap between Japan’s online music scenes and anime communities, and the art direction many netlabels embrace can sometimes skew a little too moe. For those who still raise an eyebrow at Japanese animation, ALTEMA Records strikes a nice balance between otaku and general-audience serving. Co-founder sir etok doesn’t shy away from his love for anime, and the covers of many of their albums feature cutesy drawings, but the music within takes many shapes. Some are built around nothing but samples from ‘90s programs, while others swerve into brostep territory, or heady IDM. 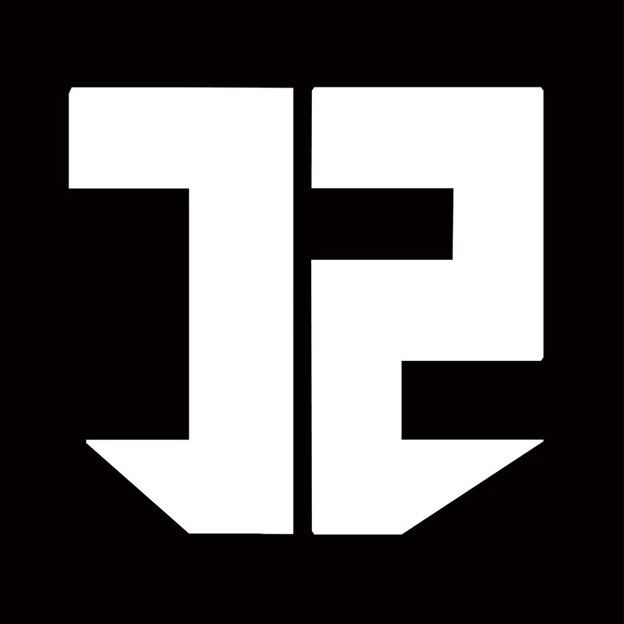 Trekkie Trax
"Kick Back" — CarpainterVia SoundCloud
Few netlabels have shot up the ranks as quickly as Trekkie Trax, a Tokyo-based crew who have gone from cramped clubs to having their own radio show in just two years. Trekkie Trax started as a party held in Tokyo’s Akihabara neighborhood called Under 20, because the DJs hosting the get-together were still in their teens. They soon established an online outpost to release their music, and began recruiting new producers. The artists released by Trekkie Trax embrace contemporary forms of dance music—among their catalog are releases devoted to juke, 2-step, brostep, and grime-descendant war dub. In 2014, they’ve been getting even more attention both at home and abroad, as members of the label now host occasional radio programs on Tokyo’s block.fm, while the Helsinki-based dance label Top Billin released a special compilation of Trekkie Trax songs this spring.

Otherman Records
"You Only Fuck Twice" — KlitoriXVia SoundCloud
"divorce" — gigandectVia SoundCloud
Far and away the most aggressive-sounding Japanese netlabel going, Otherman Records emerged in 2010 as an online stop for breakcore music. Though, even from their very first compilation album, it was never that simple. Otherman highlights all abrasive dance music, from manic chiptune to drum ‘n’ bass freak outs that push the boundaries of what a club goer could actually dance to. (Most extreme of all may be their chiptune Christmas album.) Some of the label’s earliest contributors have gone on to increased attention as of late, including producers Miii and Gigandect (the latter being invited to take part in Maltine’s collaboration with popular J-pop group Tokyo Girls’ Style), as they continue to seek out exciting young track makers who aren’t afraid to get confrontational with their music. 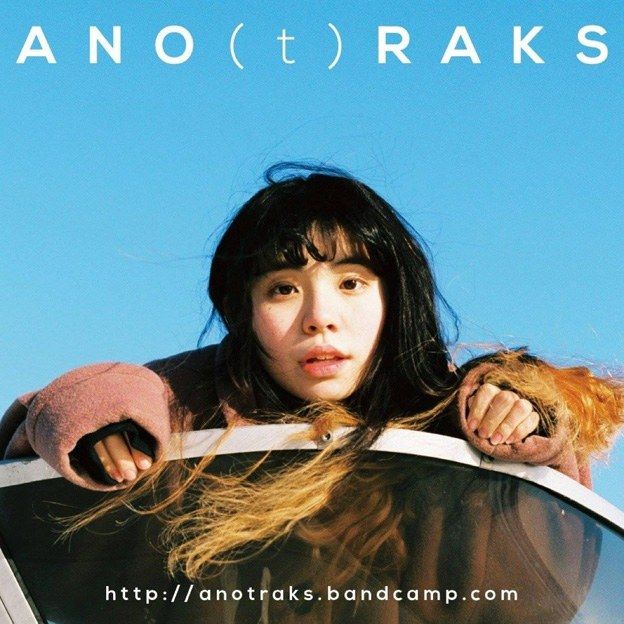 Ano(t)raks
Most netlabels veer towards electronic music, but Ano(t)raks takes the online-label model and applies it to another genre built on the spirit of "let’s just make something and put it out there" indie-pop. Started in 2012 by Dai Ogasawara, Ano(t)raks acts as a curator within a type of guitar-focused pop that never goes out of style across Japan, sifting through the twee masses to find the most interesting young artists around. They achieve this most clearly on their compilation albums, large collections casting the spotlight on all sorts of groups, hailing from Tokyo to tiny corners in the Western-most parts of Japan. Ano(t)raks has also served as a stepping-stone for groups such as Kyoto’s Homecomings and Osaka’s the Paellas en route to larger-label distribution opportunities.

Canata Records
Whereas Ano(t)raks focuses solely on the Japanese indie-pop landscape, Tokyo-based Canata Records expands the boundaries of the genre generously. Founded by Azusa Suga and Yoshiki Iwasawa, the netlabel spotlights indie-pop from all over the world, with releases coming from America (Randy Johnson), England (Along Came December), and Argentina (Aguas Tonicas), among others. Yet the bulk of releases come from Japanese outfits who aren’t afraid to push Sarah-Records-inspired pop into weird directions, like recording a twee album using the synthesized voice of Vocaloid star Hatsune Miku. Co-founder Suga also fancies sub-genres such as chillwave and vaporwave, ignoring the perceptions of "coolness" abroad in favor of playing around with the sonic pillars of each. In the case of vaporwave, he’s taken a niche corner of Internet music populated by Westerners goofing around with Japanese music, samples, and language, and turned it into an achingly nostalgic look back on youth. 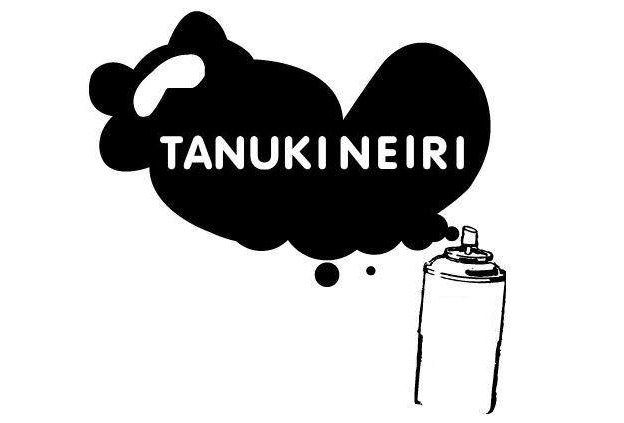 Tanukineiri Records
"Last Words" — House of TapesVia SoundCloud
Tanukineiri is one of the newest netlabels in Japan and it might point at the future of the scene. While the majority of Japanese netlabels—certainly the long-running ones—have had a central identity that shines through regardless of how wonky the (largely electronic) music gets, Tanukineiri ditches that template and simply releases whatever they fancy. They’ve uploaded dense four-on-the-floor dance music courtesy of Nagoya’s House of Tapes, rapturous folk strumming from Tokyo’s may.e, and lo-fi experimental sketches from Zaiden. They are globally minded, too, somehow becoming the place to go to hear Indonesian indie-pop such as HoneybeaT and Tokyolite, and aren’t afraid to sell CDs of certain releases while giving the rest away for free.
—
Via Pitchfork / Artwork by inumoto and featured on the cover of Go-qualia’s Girl of Synesthesea, the first release by Japanese netlabel Bunkai-Kei Records